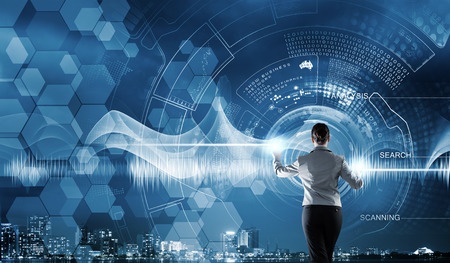 It’s been a busy few months for all things blockchain. (If you’re interested in learning more about how blockchain works, I suggest you read my article to quickly get up to speed.)

CoinDesk captures the key trends and events with its just-issued “State of Blockchain Q2 2017” report. Click here to read the full 115-page report, which has dozens of charts and graphs.

For a quicker review, read my commentary below on some of the report’s most noteworthy findings.

600%-Plus Returns, and It’s Only September

This hyperbolic rise is not bitcoin-driven. Bitcoin has “only” risen by 320%. Earlier in the year, its share of the total cryptocurrency market was around 80%. Now it’s 40%. 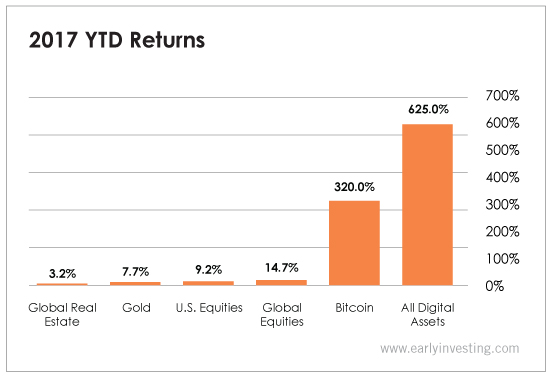 It’s the other currencies – like Ripple, Litecoin and Ethereum – that have ignited cryptocurrency’s price explosion.

A Correction: How Soon? How Much? Everybody Has an Opinion… 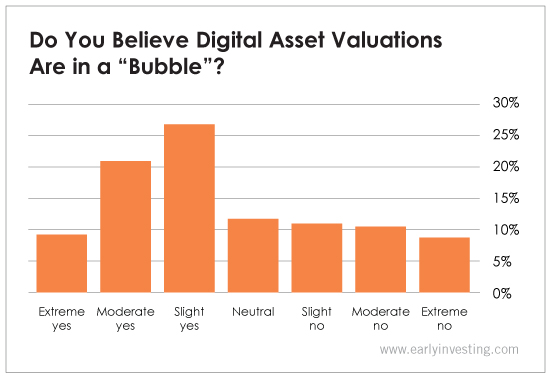 A majority (58%) of those surveyed in the report believe we’re in a bubble, while 30% think we’re not. These are “blockchain enthusiasts” being surveyed, so there’s a bias toward optimism at play here.

A slew of ICOs is coming down the pike this month and next. They could very well drive prices much higher… or restrictions out of China could initiate a correction in the very near future.

Look, I’m no fortune-teller. Nobody knows how much longer this current climb will continue. Nor does anybody know what the extent of the correction will be.

But here’s the thing: It’s not something I’m losing sleep over. The cryptocurrency market will correct and then begin a new climb that will reach new highs. That’s the historic pattern. Nothing changes.

I’m not nearly smart enough to time the peak or the bottom. I’m keeping it real simple. As far as I’m concerned, the trend is your friend, and this trend is still pointing upward. So I’ll continue to invest.

And, post-correction, I’ll make sure to have cash on hand to take advantage of some nice price points as the market begins its next climb up the charts.

We should all remember this is no silly fad. Some of the most successful venture capital firms – including Andreessen Horowitz, DFJ, Sequoia Capital and Union Square Ventures – have made large investments in blockchain and digital currency companies. 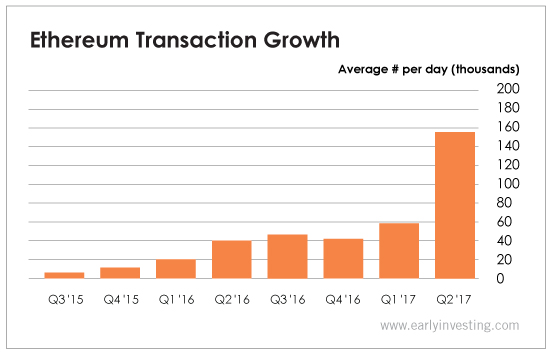 It’s hard to ignore Ethereum’s 3,800% price jump since the beginning of 2017. This period also saw an explosion of ether usage. (Ether is the currency that runs the Ethereum network.)

A big reason for ether’s rise? The explosion of recent ICOs, many of which raised money using the ether currency. 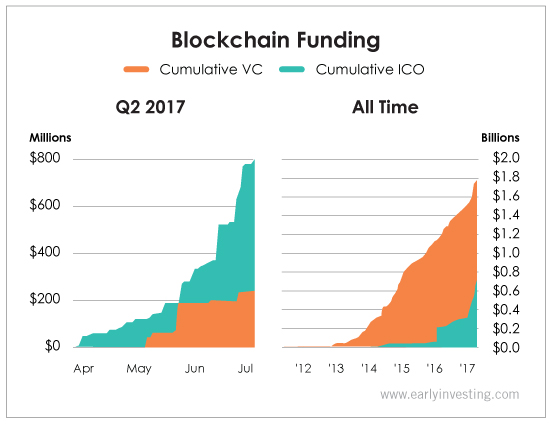 ICO funding in the second quarter easily exceeded money from venture capital firms. But look at the above chart (on the right) and you’ll see that VC funding still dominates blockchain fundraising.

ICOs can be volatile. And they’re not easy to participate in. But without them, regular everyday investors would be completely shut out of investing this early in exciting blockchain companies.

ICOs are like startup crowdfunding. Both allow you to invest very early. Likewise, in both cases, most of these young companies will fail. But the ones that get over the hump and put themselves in a position to experience hypergrowth?

They can hand – and already are handing – investors unbelievable returns.

But What About the Government? 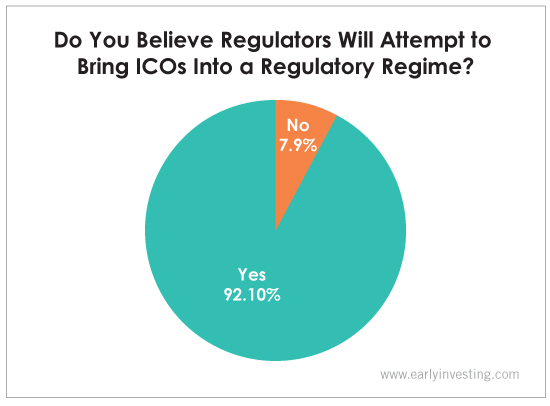 The SEC will impose regulations. It’s just a matter of time.

The question is will they be fair or – and this is my great fear – overly restrictive?

If the regulations are balanced and fair, it would be a good thing that would provide much-needed regulatory certainty. If not…

Then the U.S. government would be putting itself on the wrong side of history, clamping down on capital investment flows to technologies that could grow into massive businesses and wealth generators.

In July, the SEC ruled that the Decentralized Autonomous Organization’s coins were securities and thus subject to the agency’s regulation. But the SEC offered no “bright-line” test as to what constitutes a security.

The SEC said each ICO must be considered individually.

So we’re waiting for more guidance from the government.

If this follows the same path as crowdfunding regulations, the government will be cautious, but it’ll allow ICOs to continue under certain conditions and as long as certain rules are followed.

It’s a big test for the government. And it needs to get it right.

It’s not silver or platinum. It’s not aluminum, nickel or lithium, either. But this “magic” metal is found in everything from cars to airplanes, smartphones and computers, even batteries and cosmetics. It even has the power to fight diabetes, depression, weight loss and cancer. It’s worth billions, even trillions. But here’s the problem—this metal is disappearing. The world’s reserves are quickly being sucked dry. But a group of geologists have just struck the motherlode, and the one company behind it could earn investors an absolute fortune as they solve the greatest commodity crisis in human history. Click here to learn more.