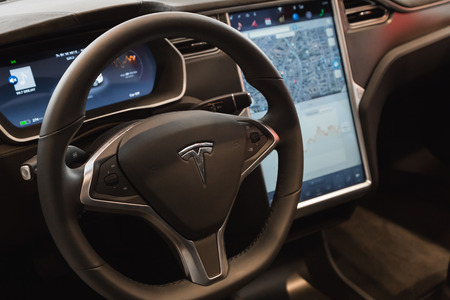 “I’ll meet you at Pilot” my future wife said to me before hanging up the phone.

She was explaining to me how to get to her parents’ house. (This was before our phones were a GPS device.)

But by meeting me at the Pilot gas station, I knew exactly where that was.

In the town she grew up in, it was a local landmark. Right off the highway, Pilot always had the cheapest gas and was a spot everyone knew of.

That was over 10 years ago, though.

Now it’s just another gas station along the Interstate 40/Interstate 85 corridor in the middle of North Carolina.

However, even though it is just one of many gas stations with competitive gas prices across the country, legendary investor Warren Buffett felt the value was now ripe for an investment.

Last Tuesday, he announced his company, Berkshire Hathaway, would buy a 38.6% stake in Pilot Flying J, which operates the little truck stop I was meeting my future wife at.

To me, he is clearly going against one of his investing rules — never buy a stock you are not comfortable owning for 10 years.

And if you typically follow Buffett’s investments, this is one you should pass on. Here’s why.

The Oracle of Omaha

I have a lot of respect for the Oracle of Omaha. Who wouldn’t? He is the world’s third-richest person, and his success story is one of the greatest.

Many investors idolize him and simply buy whatever he buys.

However, I think he is making a mistake on his latest acquisition, Pilot Flying J.

It actually goes against one of his main rules, if you ask me.

I have used his No. 1 rule before, which is to never lose money, but he has a few other rules to invest by. One of them is to never buy something you don’t want to own for 10 years.

That’s his investment time frame in a nutshell. “If you aren’t willing to own a stock for 10 years, don’t even think about owning it for 10 minutes.”

But Buffett’s latest acquisition is one I am uncertain about in just five years, and I question its existence 10 years from now.

Still, that hasn’t stopped investors from chasing his trade.

TravelCenters of America LLC (Nasdaq: TA) jumped 10% on the news, without even knowing the financial details of the transaction. That’s partly because the announcement of the Pilot acquisition mentioned Berkshire Hathaway’s capital and ability to expand, and TravelCenters may be one acquisition it is eying.

However, I doubt the usefulness of a truck stop/gas station in a future that is going electric and self-driving.

I find it extremely ironic that Buffett made this acquisition in the same month that Tesla planned to unveil its electric, self-driving semitruck. Granted, it is several years away from being operational, but the fact remains that in five years, almost all of the new cars being released will be electric, as indicated by the major automobile manufacturers.

I’m sure Buffett has thought about this, and still finds the real estate that Pilot owns to be a worthy acquisition. But to me, in just five years this is a company that will be searching to find its place in a world that is going electric and autonomous.

Does Pilot just become a place to stop on long trips and use the restroom? Somewhere to get junk food? Or will it be branded as a completely different use? I don’t know.

But I do know that when major manufactures like Ford, General Motors and BMW make the shift over the next few years to an almost entirely electric and automatic fleet, the amount of charging stations will multiply. And I may be five years off, but that brings up Buffett’s 10-year time frame, and I don’t know what a gas station will be like in 10 years.

I just know it won’t be your typical gas station anymore. Because instead of having to stop at a gas station before you get home, you’ll simply charge up at your house.

And instead of having to stop for gas after a 300-mile trip, you’ll simply pull into the hotel and charge up while you stay there.

So this is not an investment I would want to own for the next 10 years. And I think trading TravelCenters is a risky bet at the moment too.

If you buy it, you’re hoping Berkshire Hathaway has its sights set on that company. Because if it doesn’t, TravelCenters will likely fall back. But betting against it is too much of a risk because of the possible acquisition.

For now, this is simply not the investment to follow Buffett on. And I don’t say that often.