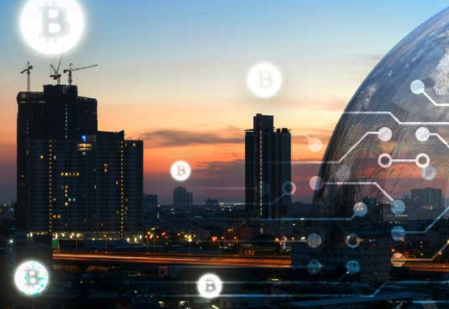 At a recent investment conference, someone asked me my opinion on bitcoin and other cryptocurrencies…

I said they were worth paying attention to — not for speculating, but for solving one of the biggest problems of our time: keeping computer networks and data safe from hackers.

I mean, if you want to speculate in bitcoin, Ethereum, Dogecoin — you name it — go right ahead. But the bigger profits will be in the underlying technology that makes cryptocurrencies possible. It’s called a blockchain.

Not Just About Bitcoin

Like anything that’s new, it all sounds a bit scary with a lot of “what ifs” attached. But blockchain is going mainstream faster than most people realize.

We happen to have two companies in the Total Wealth Insider portfolio that are pioneering the use of blockchain technology by major banks, insurance companies and other financial institutions. One is already up more than 25% in six months, and the other I see rising 60% over the next 18 months.

So what is blockchain, exactly? Basically, it’s a bit of data — it could be a transfer of money, a contract to buy or sell something or just some information that needs to be kept track of.

But instead of keeping it a secret and hidden away in one place (where it could be stolen or altered without your knowledge), the material is recorded as a “hash” — a random series of numbers and letters — and broadcast to a series of other computers on a network.

The information is attached with other transactions on the network and embedded into a cryptographically sealed “block.” With each series of transactions, the system creates more and more blocks.

Suddenly, it becomes next to impossible to steal or tamper with your data. It would be like hanging a basket (it could be full of cash, or something else) over the crowds in Times Square — everyone can see who makes a grab for it.

Incidentally, what is buried deep inside the new $700 billion spending request from the Defense Department, recently approved by the U.S. Senate?

A request for a new government report that would outline the possibilities of “offensive and defensive cyber applications of blockchain technology.”