Is a Cryptocurrency Crash About to Happen? – Market Mavens
Skip to content

That was late in the year of 1999, during the greatest bubble ever.

To know how incredible this bubble was, listen to this.

Now, just understand that many of these stocks represented big companies in the Nasdaq Composite. So, for Qualcomm and these companies to go up by this much was a clear sign that a mania — a bubble of gigantic proportions — was going on.

Right now, another incredible bubble is going on, and I’ve got a strong feeling that history is about to repeat itself.

My Money Was Safe

Personally, I sold all my stocks in 1999. And I watched from the sidelines as daily stocks jumped by 20%, 30% or even 50%, representing insane gains. For a while, I felt dumb. 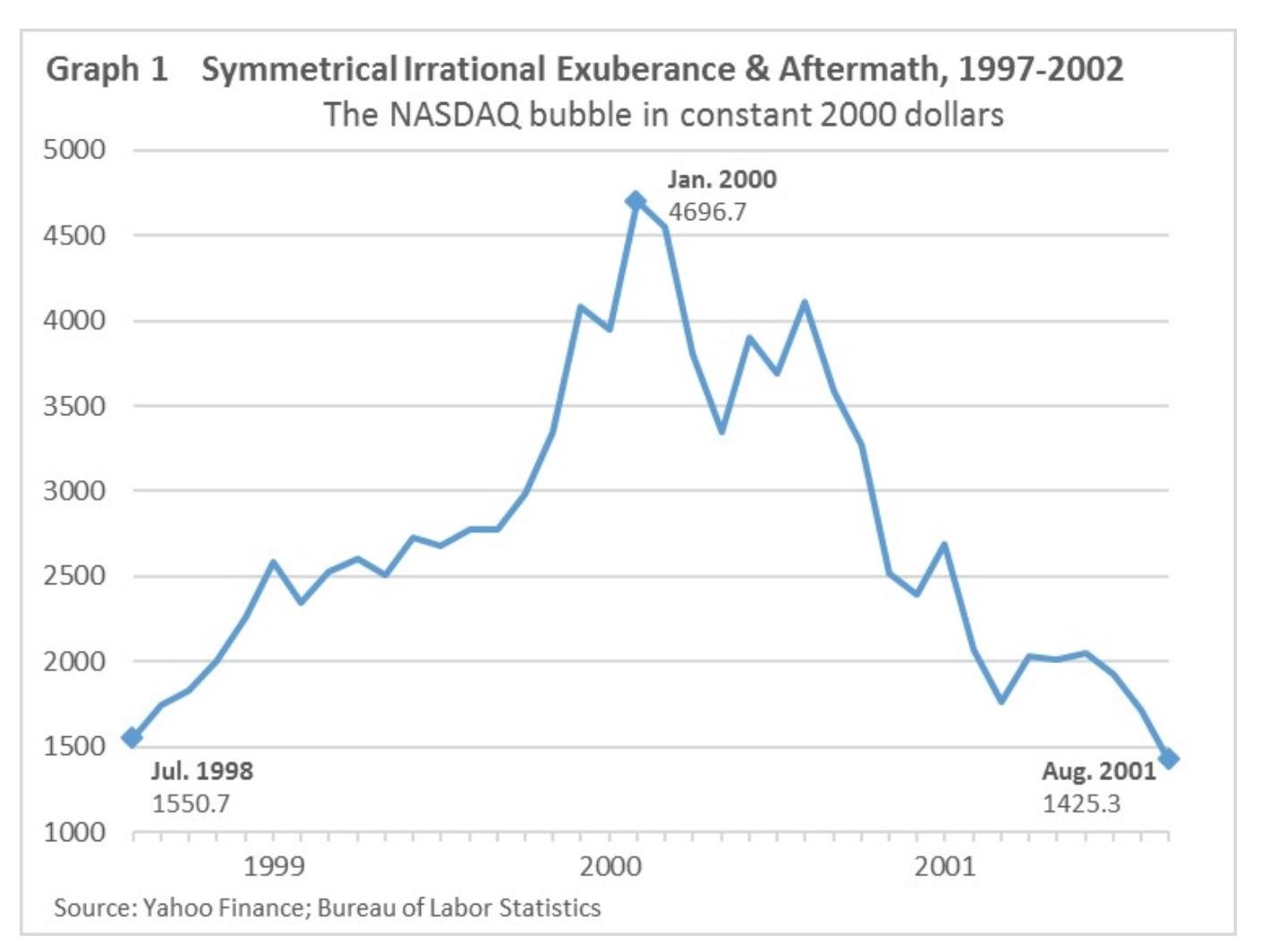 I warned my friend Tess many times. However, she didn’t heed my advice.

She never sold. And the stock that at one point had made her rich lost all its gains.

Right now, I believe there’s a massive bubble going on in cryptocurrencies like bitcoin and Ethereum that will lead to a cryptocurrency crash.

This Thanksgiving, you might’ve even heard your family and friends talk about the money they’ve made in one of these two currencies. And it’s true: some people have made millions. Others have made hundreds of thousands of dollars.

Now, many people have written to me already telling me that my negative feelings about bitcoin are because I missed out.

The truth is, this is exactly what people told me in 1999, when I told them that stocks were a bubble and going to crash. Tess even stopped talking to me for a while when I told her she should sell the stock that had made her rich.

That’s the thing about bubbles. No one wants to sell. Once prices peak, people keep looking back, waiting to sell at the recent high. And they keep doing this till their gains are washed away.

The Essence of a Bubble

Clearly, my previous warning to stay away from bitcoin was too early. However, there’s no question that bitcoin and other cryptocurrencies are an enormous bubble that’s going to crash sooner rather than later.

The reason why I believe this is because in 1999, there was nothing underpinning the incredible daily gains in bubble stocks, and the same is true today for bitcoin.

The only thing propelling bitcoin is the news that it’s going up. That’s the essence of a bubble, where the idea that something can go up is the thing that people value the most.

And the thing about bubbles is that, eventually, everyone who is ever going to buy into it gets in. Then the selling begins.

When this happens, people will lose the incredible gains that they currently have in bitcoin and other cryptocurrencies.

Like in 1999, I feel a bit foolish because I’ve been wrong. However, I’ve gone through many bubbles in my 25-plus years of investing experience. And there’s no question in my mind that what’s going on in cryptocurrencies is a bubble that’s going to end badly.