Bitcoin, ethereum, ripple and other virtual currencies are falling today on a new bit of cryptocurrency news. 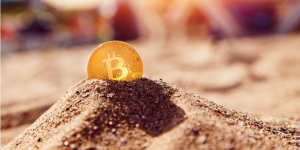 Recent reports claim that China is preparing to crackdown on on bitcoin and its various rivals. China’s central bank has specifically called for a ban on individuals and businesses getting involved with virtual currencies and offering services for them. This cryptocurrency news is likely behind the sudden fall in value for bitcoin, ethereum and ripple.

Following the release of this cryptocurrency news, bitcoin’s value dropped to roughly $11,000. This had the virtual currency losing roughly 18% of its value and its a far cry from the almost $20,000 it was trading for back in December.

Ethereum, the virtual currency with the second-highest value, also saw its value drop as much as 23% following the release of the cryptocurrency news. Ripple also lost as much as a third of its value on concerns about a crackdown, reports Reuters.

Governments preparing to crackdown on virtual currencies have been in the news quite a bit recently. This includes a recent report that South Korea was considering a full ban on bitcoin and its rivals. However, the government walked that statement back and said it may only look to regulate cryptocurrency.