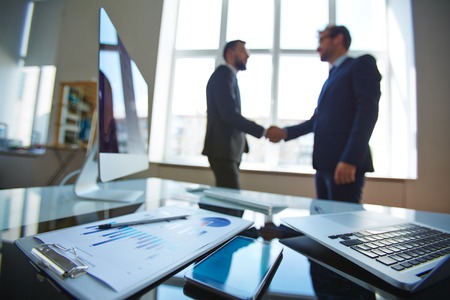 When the market experiences a sharp sell-off, savvy investors may choose to look elsewhere for their profit fix. Luckily enough, Morgan Stanley has just released a very intriguing report highlighting 15 stocks that are most likely to be bought in 2018. The firm singled out these acquisition targets by looking for large, liquid stocks from different sectors that are most likely to be acquired in the next 12 months. There is big value in identifying takeover targets correctly, as share prices tend to soar when a deal is announced.

From the list, we used TipRanks to identify the top stocks with a bullish Street outlook. Four of the seven stocks below boast a “Strong Buy” analyst consensus rating. Three of the stocks score a “Moderate Buy” analyst consensus rating — but for two of the stocks this is due to the lack of ratings more than than the sentiment itself. The advantage of these stocks is that they represent compelling investing opportunities — with or without a takeover deal.

TipRanks’ algorithms track and rank almost 5,000 Wall Street analysts. This allows us to: 1) see the overall analyst consensus and upside potential on any stock and 2) extract insights from the Street’s best-performing analysts.

So with this in mind, let’s take a closer look at what the Street has to say about these key stocks:

Domino’s Pizza Inc (NYSE:DPZ) has just experienced one of its busiest delivery days. The company expected to sell over 13 million pizza slices and 4 million chicken wings across the US on Super Bowl Sunday — boosted by multiple special offers on chicken wings and pizza toppings.

And, with strong U.S. growth under its belt, this pizza delivery giant scores a “Strong Buy” rating from the Street. This breaks down into eight buy ratings vs just two hold ratings. Meanwhile the average price target of $230 indicates upside potential of over 10% from the current share price.

Top Maxim Group analyst Stephen Anderson has a $250 price target on DPZ (18% upside). He says: “DPZ is one of our top industry picks as the valuation remains attractive.” Anderson also points out that for the first time, DPZ is now the market share leader in the Quick Service pizza category with 16.9% of total sales.

You’ve probably purchased food, beverages or other consumer products sold in packaging by Graphic Packaging Holding Company (NYSE:GPK). Immediately, we can see from the Street that GPK has a “Strong Buy” analyst consensus rating and big upside potential of 29% to boot.

RBC Capital’s Arun Viswanathan ramped up his $17 price target to $19 (23% upside) while reiterating his buy rating. He attributes the bullish move to 1) tax benefits for US-exposed packaging companies like GPK and 2) the recent $5 billion offer for KapStone Paper(NYSE:KS) from packaging company WestRock LLC (NYSE:WRK).

Pinnacle Foods, Inc. (NYSE:PF) is the business behind many famous food brands, including Birds Eye vegetables and Log Cabin syrups. Indeed its brands are so widespread that apparently  85% of US households have a Pinnacle Foods product in their kitchen right now. But most interesting of all is that Dan Loeb’s Third Point fund has just taken a stake in PF- leading the takeover rumor mill to work overtime.

Stephens analyst Farha Aslam reiterated her buy rating on Jan. 29 with a $65 price target (11% upside). She is convinced that if Loeb spearheads an activist campaign it would be for a sale instead of simply operational or management changes. Aslam suggests food giants ConAgra Foods (NYSE:CAG) or Tyson Foods (NYSE:TSN) as potential buyers with a valuation of around $67-$70 per share. Indeed Tyson Foods is not afraid of big purchases. It acquired sausage company Hillshire Brands for a whopping $8.55 billion back in 2014.

From a Street perspective, this “Strong Buy” stock has received 100% Street support over the last year. On the basis of the last three months alone, analysts see Pinnacle spiking to $67 (15% upside) from the current $60 share price.

But most exciting here is the recent upgrade by RBC Capital’s George Hill. On Jan. 31 he ramped up his price target from $68 to a very bullish $91 (31% upside potential).

Hill reaffirms Morgan Stanley’s selection and says that Express Scripts looks like an attractive M&A target as “one of the few remaining assets at scale”. He also cites the “recent sharp pullback on Amazon.com, Inc.’s (NASDAQ:AMZN) healthcare entry” as de-risking the stock.

This U.S. chemicals conglomerate has only received two recent analyst ratings — hence its “Moderate Buy” analyst consensus. However, both these ratings are firm buys. In particular, we can see that KeyBanc’s Michael Sison highlights the opportunity for large M&A as one of W.R. Grace & Co.’s (NYSE:GRA) ongoing catalysts.

Indeed, the company has just signed a $416 million deal for Albemarle Corp’s (NYSE:ALB) polyolefin catalysts and components business for $416 million. Sison highlighted the company’s improving results and reiterated his buy rating with an $87 price target (24% upside).

Barclays’ Douglas Tsao has just upgraded Botox maker Allergan Plc. (NYSE:AGN) from “hold” to “buy.” The move comes with a bullish $230 price target (39% upside) up from $220 previously. Tsao’s shift in sentiment, after over three years on the sidelines, comes from the company’s market-leading Botox position. And he doesn’t see any cause for concern any time soon:

“While Revance’s RT-002 and, to a less extent, Evolus, represent competition, we expect Botox will retain its market leadership,” Tsao wrote on January 29. “Especially in the case of Revance, we expect new entrants to drive market expansion from current levels.” As a result he calls the Irish-based company’s aesthetics business “undervalued at current levels.”

However concerns over the stock’s longer-term outlook have led to its more cautious “Moderate Buy” analyst consensus rating. In the last three months Allergan has received nine buy ratings. However these are offset by five hold ratings. Analysts (on average) see the stock rising 29% to hit $213 in the coming months.

Six Flags Entertainment Corp (NYSE:SIX) is one of the world’s largest theme park operators with over 135 rollercoasters to its name. Top B.Riley FBR analyst Barton Crockett is bullish on theme parks in general- and SIX specifically.

Despite a volatile 2017, Crockett is confident the stock “can maintain a premium multiple because of exposure to high-margin international licensing, a unique focus on share repurchase, and a tendency for attractive growth (ex-natural disaster interruptions from fires, earthquakes and hurricanes that impacted 2017.)” He reiterated his buy rating on Jan 26 while ramping up his price target from $71 to $78 (21% upside potential).

Bear in mind that SIX also pays out a lucrative dividend. Wedbush’s James Hardimananticipates that SIX will pay a 4.2% dividend yield on his estimated 2018 dividend payout of $3.18. Hardiman sees SIX at $76 vs the current share price of $65. 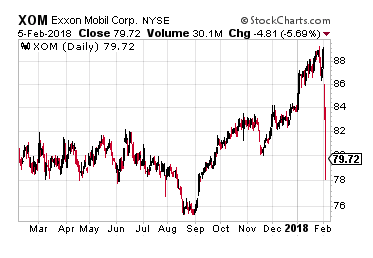 Recent good news out of the energy sector has been masked by the stock market pullback and a not-so-great earnings report from Exxon Mobil (NYSE: XOM). However, beneath the noise exists some attractive total return potential for dividend investors in energy infrastructure services companies.

Here are some of the details about the current state of U.S. energy production.

The growth in both upstream production and downstream demand for crude oil and natural gas puts energy midstream infrastructure companies in a very good position for growth and profits. These are the companies that provide the gathering, processing and transport of energy commodities from the production plays to the end users.

Related: Getting Paid 15% in Monthly Dividends From The Growing Energy Sector

Another beneficial change for many investors is a reduction in the use of the master limited partnership (MLP) structure by a number of energy midstream companies. The challenges of the previous three years pushed these companies back into the corporate structure. This means investors can buy higher yield energy midstream stocks and earn regular dividends. With these companies investors receive IRS Forms 1099 and not the unpopular Schedules K-1.

Here are three energy infrastructure companies that have restructured in recent years and are now poised to grow revenues, cash flow and dividends. 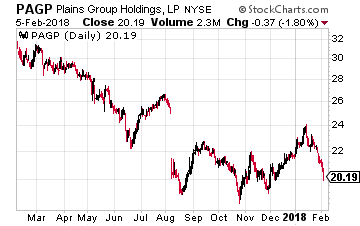 Plains GP Holdings LP (NYSE: PAGP) was also a general partner interests company, owning GP rights from large cap MLP Plains All American Pipeline, LP (NYSE: PAA). Last year, the companies restructured, eliminating the GP interests and expenses. Now each PAGP share is backed by one PAA unit. PAA is a K-1 reporting company and PAGP reports tax info on a Form 1099. In all other respects, they are shares of the same company with the same dividend rates.

Plains owns the largest independent network of crude oil and natural gas liquids pipelines and storage facilities. The company handles more than 5 million barrels of oil per day. The dividend rate was reduced twice in the past two years as the company struggled to cope with the crash in crude oil prices. The business finances are now very secure, and I expect the dividends to start growing again in 2019. PAGP yields 5.9%.

After the ONEOK Partners merger was completed, ONEOK increased its dividend by 21%. In January this year, the company again boosted the payout, increasing the dividend by 3.4%. Company EBITDA is forecast to increase by 20% in 2018 compared to last year. Management has given dividend growth guidance of 9% to 11% per year through 2021. OKE yields 5.3%.