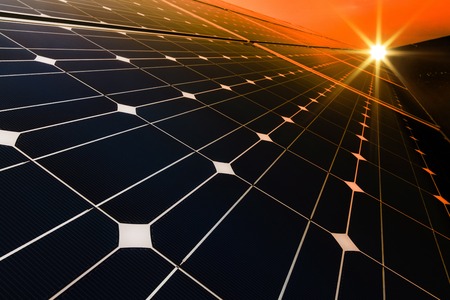 It strikes me, at times, how little humankind has changed over the centuries. The ancient Greeks waited for answers to the most pertinent questions of their day from the Oracle at Delphi – a high priestess that supposedly spoke to the god Apollo.

Today, Wall Street also waits for word from on high as to the future course of markets from the Federal Reserve. The new Chairman (or is it Oracle) Jay Powell will explain to the public why the Fed deemed it is necessary to raise the federal funds interest rates by a quarter percentage point again, to the range of 1.50% to 1.75%.

Market pundits will attempt to interpret exactly what the Fed’s future plans are by looking at the so-called dot plots to see if three or four interest rate hikes (including this one in March) are in Wall Street’s future. That ‘analysis’ will lead to classic, almost Pavlovian, response by some market participants to immediately sell some sectors in response to future higher rates. 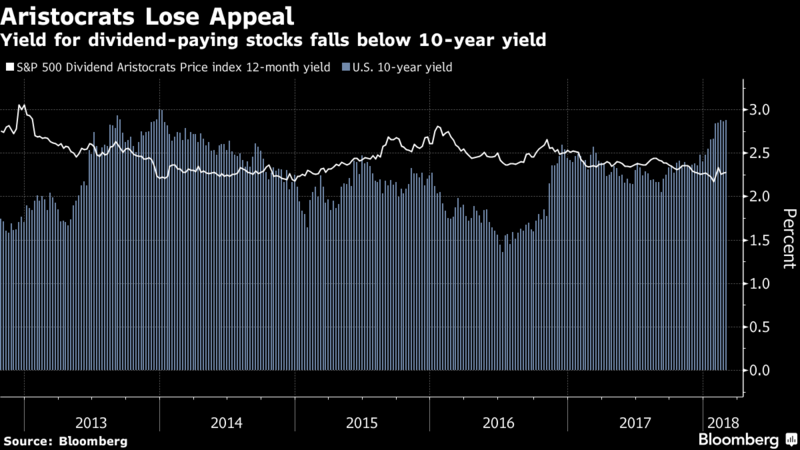 One sector that has consistently paid higher dividends has been utilities. These companies make much of their income from regulated assets which means that their earnings and dividend payments are steadier and more reliable. That makes their shares behave more like bonds. In other words, they are bond proxies.

But now that ability to attract investors with higher dividends  is under pressure thanks to the Fed raising rates, making government bonds more competitive among income-seeking investors. In a Pavlovian-type response, JPMorgan in February came out with a list of 50 bond proxies that they put on an avoid list for investors. More than half of the list consisted of utility firms.

However, the current harsh reality is that U.S. utilities’ finances are under pressure from both higher rates and the effects of the recently-passed tax law. The sub-sector most under pressure is the power sector. Let me explain…

First of all, these companies are in a no-growth environment. U.S. demand for electricity is stagnating: total power consumption was slightly lower last year than in 2010, according to the Energy Information Administration. There has also been a major shift in utilities’ fuel mix. Since 2010, the proportion of U.S. electricity generated by coal-fired plants has dropped from 45% to 30%, while the proportion from natural gas rose from 24% to 32% and the proportion from renewables rose from 4% to 10%.

But the U.S. power sector has been doing fine because two of its crucial inputs were dirt cheap: natural gas and money (thanks to near zero interest rates). The utilities need money to constantly upkeep and upgrade their power infrastructure. But now the Fed’s policy change is changing that dynamic and raising their costs. 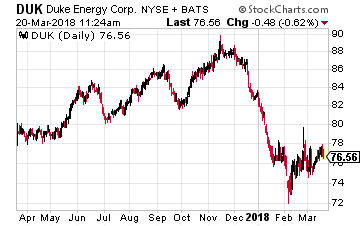 Rising rates aren’t good news for the utilities sector because many of the companies are heavily indebted. The utilities in the S&P 500 have debt with an average maturity of 14.5 years, according to JPMorgan. And while only 19% of their debt matures by 2020, over time, rising interest rates will put upward pressure on their costs. In their regulated businesses, the utilities should be able to recover much of their increased costs from their customers. But the more companies try to raise rates, the higher the risk that they will get push back from various states’ regulators.

The power companies’ problems are being compounded by the recent changes in the tax laws. As you can imagine, the changes are very complex and will affect different companies in different ways. 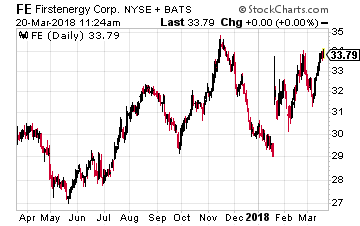 However, one common effect is that it will squeeze utilities’ cash flows. The corporate tax rate has been cut from 35% to 21%. But it is believed that states’ regulators will insist that customers benefit from that reduction with lower bills. Eventually, the power companies may be able to recoup the lost income. But in the short run this loss of revenue means that cash flows will be squeezed. This may even result in some utilities’ credit ratings being cut.

Some Companies Will Cope

Management at some utility firms are already taking action in order to alleviate this expected loss in their cash flow. They have decided to issue more stock (diluting existing shareholders) and cut back on capital expenditures. 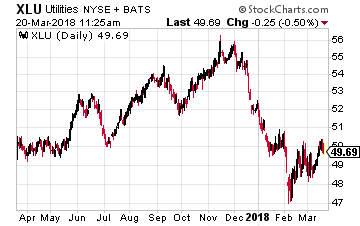 One of the largest utilities, Duke Energy (NYSE: DUK), announced in February that it planned to raise $2 billion from selling shares this year and would also cut its five-year capital spending plan by $1 billion. Its CEO, Lynn Good, said the share sale was needed “to maintain the strength of our balance sheet”.

Another large utility, First Energy (NYSE: FE), announced in January a $2.5 billion investment in common and convertible preferred shares (again diluting existing investors), from a number of institutional investors including Elliott Management and GIC. The funds would be used to pay off debt, contribute to its pension fund, and to “strengthen the company’s investment-grade balance sheet”. 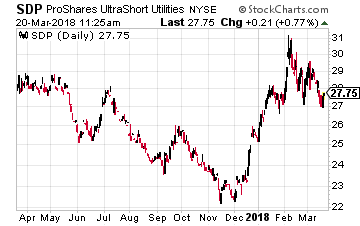 These type of actions should help secure these companies’ future. But it will hold back their stock performance over the short- to intermediate-term, as well as the performance of a broad utilities’ ETF such as the Utilities Select Sector SPDR Fund (NYSE: XLU), which is down 4.62% year-to-date.

For now, I would avoid the entire utility sector. But if you have a high risk tolerance, you may want to consider the ProShares Ultra Short Utilities ETF (NYSE: SDP). This ETF seeks a return that is double the inverse of the return on the Dow Jones U.S. Utilities Index. This ETF is up more than 7% year-to-date.