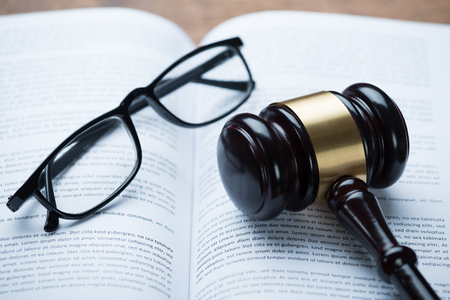 As a rule, I hate rules.

Of course, we need some rules. But I wish we chose more carefully when and where they should apply.

Rules are embedded in the software that gives these coins life.

For example, only 21 million bitcoins can ever be created. That’s the software speaking, not an outside party.

I have no doubt that the anonymous creator of bitcoin, who goes by the name of Satoshi Nakamoto, hated the idea of rules being foisted on bitcoin (and other cryptos) from the outside.

The Crypto Creed Is Evolving

True believers in crypto don’t like rules. They like rules foisted on them by an “overreaching” government even less.

Government rules – and the administration of those rules – have slowed down the machinery of the global economy.

This has made noncooperation with government agencies a point of pride for crypto players – and a sticking point for government bodies like the Securities and Exchange Commission (SEC).

In this context, the government crackdown that has depressed crypto prices this year was practically inevitable.

If you haven’t been keeping up with the news, let me give you a brief rundown.

SEC, CFTC and DOJ Have Crypto in Their Crosshairs

It began back in January. That’s when the Commodities Future Trading Commission (CFTC) gifted Bitfinex and Tether with subpoenas.

The SEC joined the fray in March. It issued dozens of subpoenas to major crypto players, including exchanges, funds and companies that had initial coin offerings (ICOs) or were in the process of launching coins.

Late May saw another probe launched – this one courtesy of the Department of Justice (with an assist from the CFTC). They’re looking into the manipulation of prices through spoofing (creating the illusion of rising demand by submitting orders to buy bitcoin and then canceling). They’re also targeting wash trading (buying and selling to yourself, which creates the impression of trading activity).

Most recently, The Wall Street Journal reported last Friday that the CFTC is demanding more trading data from Bitstamp, Coinbase, itBit and Kraken. CME Group, which offers bitcoin futures trading, gets its prices from them.

CME was granted access to a few hours of daily trading data – after asking for a full day’s worth. The CFTC is reportedly “upset” with this arrangement.

These investigations and subpoenas make it abundantly clear that the government has crypto players in its crosshairs.

But here’s the thing.

It’s not exactly accurate to conclude that crypto is under attack by the government.

The SEC does NOT hate crypto players, ICOs or bitcoin.

What it does not tolerate is price manipulation… bad actors… or scams. It rightly thinks there’s been too much of all three in the crypto world.

And many crypto players are finally distancing themselves from their previous “if you’re not with us, you’re against us” stance.

Something needs to be done about the $3 billion in fake daily volume, according to investor Sylvain Ribes…

Something needs to be done about rampant price manipulation…

Something needs to be done about the illicit activity that relies on cryptocurrencies. A recent Cointelegraph report says that “approximately one-quarter of all users… and close to one-half of bitcoin transactions… are associated with illegal activity.”

And something needs to be done about all the hacks of exchanges. South Korean exchange Coinrail is the latest platform to be hacked. Last week, it lost cryptocurrencies totaling $30 million to $40 million.

Whenever a hack of this size happens, prices tend to fall. It certainly contributed to bitcoin’s recent price woes.

Even the truest of true believers, like Mike Novogratz, agree with me.

“Weeding out the bad actors is a good thing,” says the billionaire investor, who’s setting up the crypto merchant bank Galaxy Digital.

But it’s also a messy thing… and a reminder that crypto has not yet escaped its “Wild West” environment.

These investigations are in the early stages and ongoing. Who will be punished and who will be forgiven is still unclear.

The government isn’t blameless in all this. No single agency has taken charge of cryptocurrencies. The SEC, CFTC and IRS have designated most crypto coins, in order, a security, commodity and property.

Who gets the “prize” of regulating crypto is still up in the air, along with everything else.

It’s why prices are scuffling.

And also why we see light at the end of the tunnel.

For cryptocurrency to gain broader acceptance among retail investors and a toehold among institutional investors, a rules-based space needs to be realized.

Rules are coming. And the best news is, unless the government really overdoes it, they will be welcomed by the vast majority of crypto players.