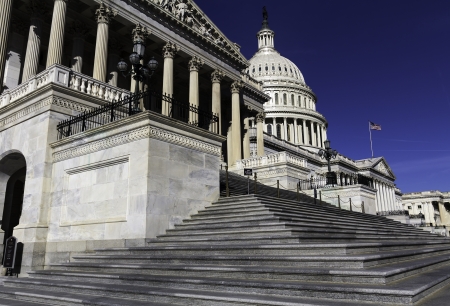 When does something cross over from fad to part of life? It’s a question that’s vexed investors for decades.

Before there were smartphones, there were personal digital assistants (PDAs) and electronic organizers. They did almost everything a smartphone did except make phone calls. For 23 years, they were barely a niche product. Objects of curiosity, if you want to be generous. And if you were one of the few people who used one, there was a good chance you would be mocked for it.

Then came the iPhone in 2007. It was basically a PDA that could make phone calls and play music. But consumers loved it. And the smartphone became a fixture of modern life.

Sometimes, it’s much more difficult to pin down the moment that changed everything.

In the mid-‘90s, the conventional wisdom was that the internet was a fad that wouldn’t take off. This line of thinking from author and astronomer Clifford Stoll was par for the course in 1995:

Then there’s cyberbusiness. We’re promised instant catalog shopping – just point and click for great deals. We’ll order airline tickets over the network, make restaurant reservations and negotiate sales contracts. Stores will become obsolete. So how come my local mall does more business in an afternoon than the entire internet handles in a month? Even if there were a trustworthy way to send money over the internet – which there isn’t – the network is missing a most essential ingredient of capitalism: salespeople.

Newspaper publishers told the people building their online brands (their own employees!) that the internet was a waste of time and money and people wouldn’t want to read news online. I know – because I was there. I was one of the journalists creating online journalism content and business models.

Music companies didn’t believe people would want to listen to digital music. The list goes on.

So when did the internet move from fad/object of derision to our constant companion?

It wasn’t in 1993 when the first web browser (Mosaic) was released. Nobody knew what was going on then.

It wasn’t in 2000, when the tech bubble burst. That was a time for “I told you so’s” – proof that the internet wasn’t going to last.

It wasn’t 2001, when the number of adults using the internet in the U.S. finally reached 55%, according to the Pew Research Center.

And it wasn’t in 2007, when broadband penetration cracked the 50% barrier.

The die had been cast well before then. Most people just missed it.

The moment the internet gained the credibility it needed to last came in 1994, when the White House released its first website. By today’s standards, the 1994 White House site is terrible. But that doesn’t matter.

What counts is that, by publishing a website, the White House gave the web legitimacy. It went from a slightly underground publishing platform to a legitimate way to publish information and reach people. If the White House was publishing on the internet, it meant the internet was safe to explore and use. It gave permission to skeptics to start using the internet. It told them the web was worth their time.

It was the type of endorsement money couldn’t buy.

This is the 2018 equivalent of the White House publishing a website. The central bank of the United States, in its own understated way, legitimized cryptocurrencies. Why would the Fed track assets it didn’t believe were legal, legitimate and worth tracking? The short answer: It wouldn’t.

Bitcoin and other digital currencies like it have become an important asset class in the investment community. The Fed just acknowledged it.

FRED is one of the go-to resources for economic data. Investors and economists from all over the world rely on FRED for information. And FRED just lent its credibility to bitcoin and cryptocurrencies.

This is a significant moment.

But it’s not this week’s only significant crypto moment. Facebook is starting to allow cryptocurrency advertising again as long as the ads – and the companies buying the ads – meet strict guidelines.

And top venture capital firm Andreessen Horowitz announced in its blog that the company has launched a $300 million “venture fund that will invest in crypto companies and protocols. (The) fund is designed to include the best features of traditional venture capital, updated to the modern crypto world.”

FRED’s decision to list cryptocurrency data is a significant milestone in cryptocurrency history. It marks a final countdown to mainstream (and Main Street) acceptance and investment. The Facebook and Andreessen Horowitz announcements take us further down that path.