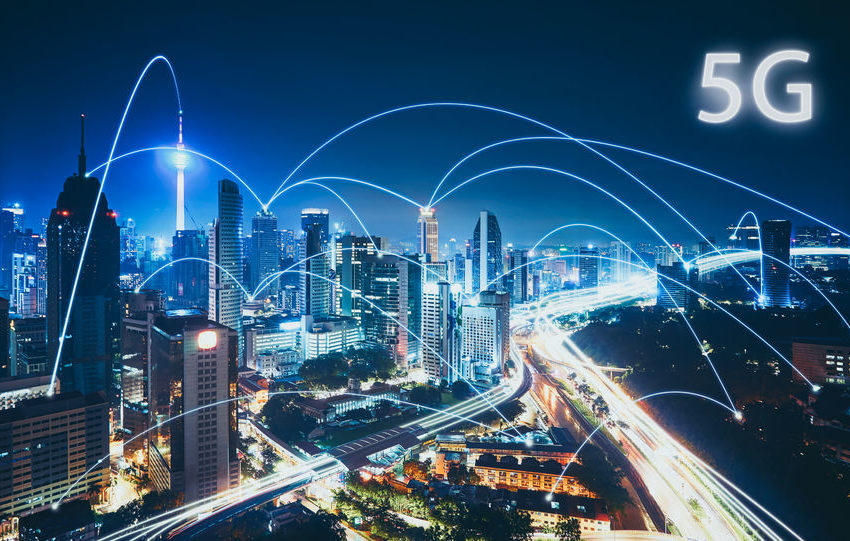 This is the year of 5G. The possibilities opened up by 5G’s significantly faster data transfer opens up a brave new world. It will enable the newest technologies from autonomous vehicles to virtual reality gaming to advanced robotics to the Internet of Things.

Don’t believe me? Then listen to Paul Lee, the head of telecoms, media and technology research at Deloitte. Lee recently said: “The last 10 years of smartphones have been about invigorating the consumer experience and entertainment. Now it is about the digital transformation of enterprise.” He predicted that 5G-enabled smart devices will soon displace laptops.

Of course, 5G is about a lot more than smartphones. The debate going on about national security and who provides the next generation telecommunications equipment tells you that. Since it has been in the news headlines so much, I want to give you a quick primer on what the heck 5G is all about.

5G is the fifth generation of wireless network technology. Browsing web pages on mobile phones caught on with the advent of 3G, while data transmission became faster and more reliable with 4G.

With speeds 100 times faster than current networks, 5G will enable transmission of huge amounts of data with little time delay. 5G can also support more connected devices than current technology—as many as one million devices per square kilometer!

With the new 5G technology, more devices than ever before can be connected in real time, bringing the concept of the “Internet of Things” closer to reality. The CEO of Vodaphone, Nick Read, says that 5G will be around 10 times more efficient than 4G.

A report from the research firm IHS Markit forecasts that 5G will enable $12.3 trillion of global economic output by 2035, fostering new sectors such as smart cities, smart agriculture and autonomous vehicles.

However, it will take time for the faster 5G networks to become seamless enough to support self-driving cars, so consumers are likely to benefit first from faster data speeds in select areas. For example, you will be able to livestream videos in crowded areas without frustration.

But costs will be a major headache. The European Commission estimates the cost of rolling out 5G and full fiber infrastructure across the continent to be in the range of 500 billion euros. This means the ‘pick and shovel’ companies that supply the equipment and components for 5G are going to make a lot of money.

That leads me to my top 5G pick, which is Ericsson (ERIC). The Swedish telecom player is making a big bet on 5G, and that bet seems to be paying off. Ericsson expects there to be 3.5 billion Internet of Things connections running over 5G by 2023, with 20% of global mobile data carried by 5G in 2023, and one billion consumers on the faster networks, representing 12% of projected mobile subscriptions.

Ericsson is right to put such an emphasis on 5G, but the company has struggled since 2016 with quarter after quarter of losses. It had been caught out with a high cost base just as global telecom providers cut spending drastically ahead of the rollout of 5G networks.

So now, the company’s recovery plans are closely tied to an uptick in spending by network operators on 5G networks along with restructuring, cost cutting and new partnerships such as that with Japan’s Fujitsu to develop 5G base stations.

A restructuring, I might add, that is still ongoing. In January, it said it would cost about $850 million to restructure a unit that provides digital services to telecom operators.

However, the restructuring is already taking hold and shows signs of momentum. Ericsson’s gross margin in Q4 of 2018 rose to 36.3%, a nice uptick. And here’s what caught my eye: in 2018, Ericsson returned to full-year top-line growth for the first time since 2013!

Then on Wednesday, April 17, Ericsson did it again. The company reported adjusted earnings of nine cents per share. That nearly doubled Wall Street’s estimates of five cents per share. That’s their fifth earnings beat in a row. Consider that about 40% of the world’s mobile phone traffic is currently carried through Ericsson networks.

Wall Street is taking notice. The day after Ericsson’s earnings report, the shares jumped 7.3% to touch a four-year high. Digging through the numbers, the details look very encouraging. For the quarter, Ericsson’s gross margin improved to 38.4%. Sales rose 7% to $5.33 billion driven by strength in North America. Bear in mind that Ericsson reported a loss for the same quarter one year ago.

Ericsson says spending on 5G is exceeding its expectations both in volume and speed of the uptake. It gained market share in North America even though it was raising prices.

In fact, it says it currently lacks enough personnel in North America to keep up with the demand from the likes of Verizon and AT&T. That’s a good problem to have and one that the company can fix quickly to take advantage of the fact that it is likely that 5G will have a longer spending period than prior 3G and 4G rollouts.

In addition, 5G should create more opportunities for the company’s software and services within Internet of Things device networks. Clearly, Ericsson is benefiting from a major turnaround as it helps usher in the Age of 5G.Buffett just went all-in on THIS new asset. Will you?

Buffett could see this new asset run 2,524% before the end of 2019. And he’s not the only one… Mark Cuban says “it’s the most exciting thing I’ve ever seen.” Mark Zuckerberg threw down $19 billion to get a piece… Bill Gates wagered $26 billion trying to control it…

It’s not gold, crypto or any mainstream investment. But these mega-billionaires have bet the farm it’s about to be the most valuable asset on Earth. Wall Street and the financial media have no clue what’s about to happen… And if you act fast, you could earn as much as 2,524% before the year is up.