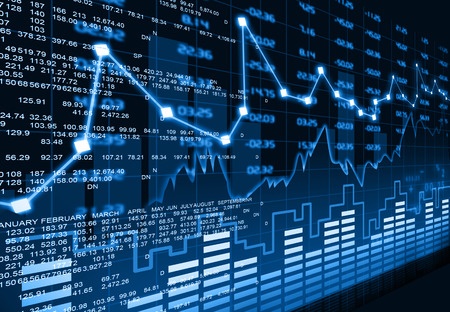 Kids may be getting out of school, but it doesn’t seem like most traders are ready to go on vacation. In fact, it appears that many market watchers are glued to their screen. There’s undoubtedly been a lot more volatility over the past couple weeks than what we’ve gotten used to as the summer approaches.

Much of the market volatility (as commonly measured by the VIX) started in mid-May. The VIX (which measures the volatility of S&P 500 options) climbed above 20 for the first time since December 2018. It was at that point when it became clear there would be no easy solution to the trade war with China.

Because the tariff battle with China has been an issue for some time, the market may have settled down had it been the only negative headline to surface. But, not long after, sanctions against Huawei (the massive Chinese telecom company) were announced. This dealt another blow to stocks (particularly chip stocks, several of whom are big suppliers to Huawei).

But that’s not all…

There are several reasons why this could be a much bigger deal than the China tariffs. First of all, Mexico is a much bigger trade partner with the US than China. Second, the tariff is supposed to be contingent on Mexico reducing the flow of immigrants to the US – a situation where there’s not a cut and dry solution to the problem.

To top it all off, at the start of the week news broke that the US government is looking into anti-trust cases against the FANG companies. When it became known, it sent tech stocks into a nosedive for obvious reasons.

The VIX, which had settled down back to 15 since its spike in May, climbed all the way back to 20 at the start of June. It wasn’t looking pretty out there for stock investors. Fortunately (for bulls anyway) the Fed came in to save the day (once again).

Fed Chairman Powell said the Fed would be willing to lower rates to combat the negative impact of the tariffs. An accommodative monetary policy was just what the market wanted to hear – as evidenced by the 2% jump in the S&P 500 on the day Powell spoke.

Market volatility also pulled back on the dovish interest rate news. The VIX dropped from 19 to 17 in just one trading session. It certainly helped that the futures market began predicting a rate cut at the July FOMC meeting with a 60% probability of happening.

Options activity in the most heavily traded VIX ETF, the iPath S&P 500 VIX Short-term Futures ETN (VXX), also suggests a coming decrease in volatility. The Fed may have bought the market some time to relax with the interest rate news.

The reason twice as many of the lower strike puts were sold was to substantially reduce the cost of the trade. Now, VXX only has to reach $26.20 over the next month for the trade to breakeven.

The tradeoff is the position has unlimited risk below $24.50. However, given the current market environment, a drop below that price seems unlikely at best.

If you believe the Fed will keep a lid on volatility, you can make a similar trade in VXX. Instead of doing a ratio trade and taking on the additional risk, you could do a simple the July 5th 24.5-26.5 put spread 1 x 1 (buying the 26.5 puts and selling the 24.5 puts).