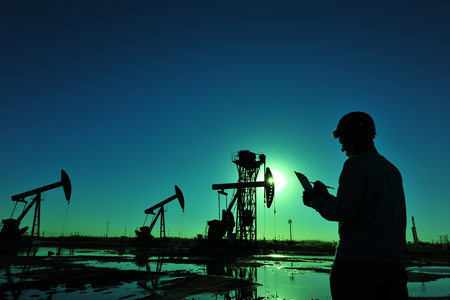 On Saturday, September 14, Saudi Arabia’s largest crude oil processing facility at Abqaiq, was attacked by at least 30 drones and cruise missiles. The attack shut down about one-half of the country’s oil production capacity, which is 5% of the world’s daily production and consumption. When trading markets opened on Monday, crude oil prices jumped by 14%.

However, within a couple of days, crude was back trading at just a couple of dollars per barrel above the pre-attack price. I am shocked that the markets are that unconcerned about an attack that shut down 5% of the world’s oil supply.

The reason that crude oil, which saw WTI peak at almost $63 on Monday, is back trading in the high $50s is that Saudi Aramco management has promised to get the lost production quickly back online. From what I have read, this may not be feasible.

It is my opinion that Saudi Arabia will sell oil from its reserves and try to get Abqaiq back up to full capacity in a few weeks. This may be very, as in too, optimistic and the country could quickly exhaust its reserves and leave the world supply with a continuing shortage with a much smaller safety net.

Related: ﻿What’s In Store For Oil Now That Half of Saudi Arabia’s Production is Offline?

Another concern is that oil traders seem to be completely ignoring the potential for another attack. I am a former Air Force pilot, and my thoughts are that when the attackers see that 30 drones and cruise missiles didn’t get the job finished, I would start to ready the next one with 60 drones and missiles.

The powers behind the first attack want to shut down the capitalist world. The capitalists trading oil seem to have blinders on that their way of life has been attacked.

I think the world of oil traders is insulated from the dangers of the world and are underpricing the risks to crude oil. There is a strong possibility of another event that will drive the price of a barrel of crude much higher, and the next time it will stay higher. Here are three dividend-paying stocks that would benefit from higher oil prices.

Royal Dutch Shell (RDS.A) (RDS.B) is a global energy producer that would be a significant beneficiary of another or continued production reductions out of Saudi Arabia.

The company is truly a global producer with production areas in the Gulf of Mexico, Canada, Norway, Malaysia, Nigeria, Brazil, and Russia.

Royal Dutch Shell appears to be a prime player to provide oil to end-users that find they are not getting what they need from Saudi Arabia.

Occidental Petroleum Corp. (OXY) is a crude oil and natural gas production company whose share price is down 40% since it announced earlier this year that the company would acquire Anadarko Petroleum Corp. The merger is now complete. OXY is a global energy producer with a large footprint in the U.S. Permian, Rockies and Gulf of Mexico production areas.

The U.S., especially the Permian, is where most of the world’s crude oil production growth is being fueled.

Higher oil prices will allow the Permian and other U.S. production areas to ramp up their growth further.

Plains All American Pipeline LP (PAA) is a master limited partnership (MLP) that owns the largest independent crude oil pipeline and storage network in the U.S.

The company is a major mover of crude oil out of the Permian.

The company has additional pipelines under development and typically partners with crude oil end users as partners in any new projects.

While the company doesn’t count on the results of its Logistics Division to support the dividend, this trading business can generate huge profits when energy prices get disrupted.