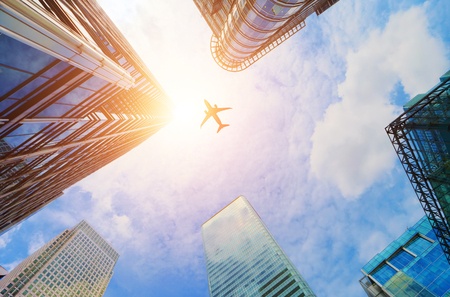 Boeing (BA) recently announced it would be putting its 737 Max production line back in business. The line has been closed since January of this year, and BA has not delivered a 737 Max since March 2019.

While the plane has still not been approved for service by the FAA, BA anticipates a favorable ruling, and therefore restarted the line two weeks ago. Boeing stock rallied on the news, and while it has pulled back slightly, it’s still higher than it had been before the announcement.

Like many other stocks right now, BA is trading on the reopening of the economy, and anticipation that the worst is behind us.

The past few weeks have seen the beginning of a shift, though you might not be able to tell it with the Nasdaq at all-time highs, from stay-at-home tech stocks to industrial companies. Stocks like Caterpillar (CAT), which has jumped from $100 to over $130, are moving off of recent lows set in mid-May.

As economies continue to reopen, large companies that were severely affected by the pandemic only a few months ago are figuring out the “new normal,” and investors are pouring into their shares to get ahead of business returning.

It may be a bit of a bumpy ride, but it looks like the tide is turning for large companies that were heavily altered by the current health crisis.

Boeing CEO David Calhoun predicted a few weeks ago that a “major” U.S. airline might go bankrupt due to COVID-19. Oh what a difference a few weeks makes. Boeing has tried to downplay that statement, saying Calhoun may have overstated the case.

Given that orders have dropped precipitously for the 737 Max, Boeing has been working feverishly to cut costs. As orders return, these cost-cutting efforts should make for some very favorable comps in coming quarters for the company.

Southwest Airlines (LUV) CEO, Gary Kelly, has already said that Southwest is committed to the 737 Max, and “The Max airplane is superior to the Next Generation 737 that we’re currently operating.”  Assuming the Max clears regulatory hurdles, LUV is scheduled to take 48 of the planes by the end of 2021.

Spirit Airlines (SAVE) is another company that has bounced off a bottom in mid-May, when SAVE traded below $10. While it has pulled back, like Boeing and the other airlines, this may be the pause that refreshes.

Again, numbers won’t show an easy upward line for any of these companies, but Spirit is coming off of passenger levels that had declined 95% from year-ago levels. SAVE lost $74 million in the first quarter, after putting in a positive earnings report of exactly the same amount, $74 million, in the year-ago quarter.

In a recent conference call, Spirit CEO Ted Chirstie, said the company had been investing in low-touch technology to improve its customer experience, even before the outbreak of the novel coronavirus. As Christie said, “Sometimes it’s better to be lucky than smart.”

And finally, American Airlines (AAL), like many of the others, has begun its slow climb upward. The company, which traded at $34 a year ago, crumbled to almost $8, before its recent bounce to just above $17.

AAL is also looking at cutting costs and has rolled out a severance package for high-level executives. American expects to cut around 5,000 jobs when funds from the CARES Act are exhausted in the fall.

A much leaner structure should, again, make for a more rapid recovery as paying passengers begin to return. This isn’t an uncommon occurrence following a systemic shock to an industry. Companies downsize and streamline as a result of the crisis, and then often see outsized profits during the recovery period.