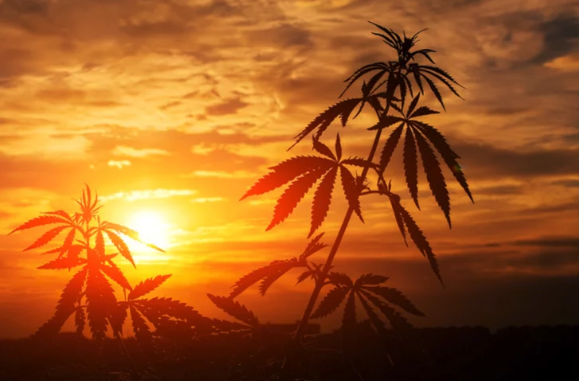 ne year ago, on October 17, 2018, Canada legalized marijuana for recreational use.

But that was only the first step.

Now we’re at “Cannabis 2.0.” This comes exactly one year later, on October 17, 2019. Cannabis 2.0 is when Canada will legalize edibles, drinks, vapes, plus a few other categories.

The idea with the Canadian plan was to go about legalization in steps.

The first step of legalization, Cannabis 1.0, unleashed a “green rush” as shares of cannabis stocks soared. The business of getting high was making new highs nearly every day.

Frankly, it got out of hand. The rally soon went bust, and many marijuana stocks tumbled back to earth. Shares of Tilray (TLRY), to use one example, went from $20 to $300.

So now that Cannabis 2.0 is here, will we see another explosive rally? My first bit of advice is to slow down. The Canadian law means that on October 17, companies are allowed to file a notice with the government that in 60 days, they’re going to bring new products to the market. (Funny how legalization means bureaucracy and red tape.) So it won’t be until December that anyone can buy anything.

Let’s consider some numbers. Deloitte estimates that the annual market for edibles and alternative cannabis products is worth C$2.7 billion. Of that C2.7 billion, C$1.6 billion is just for edibles, and remember, this is only for Canada.

The key here is breaking down the market. The first wave of legalization was happy news for regular users of marijuana, but the unknown factor is how many occasional users there are.

In addition to that, there could more consumers who have never tried marijuana before due to its illegal status but might be lured in now that it’s legal. There’s been a lot of debate about these so-called “curious” users.

For these folks, they probably want to take baby steps first, and that’s why the edibles legalization is so important. For a person who never inhaled (and watched all their friends get stoned in college), trying a gummi bear might be an easy first step.

So what companies are poised to benefit from Cannabis 2.0? At the top of the list, I’d have to put Canopy Growth (NYSE: CGC). In many ways, this may be the most impressive marijuana stock.

For starters, the company has an NYSE listing. This is important because many institutional investors may shy away from OTC stocks.

I also like that Canopy’s Tweed brand is closely associated with Snoop Dogg, which is a nice relationship to have.

Canopy also has its eye on the future. The company recently made an interesting deal. Canopy offered to buy Acreage Holding (OTC: ACRGF) for $3.4 billion, but there’s a hitch. The deal won’t close until the U.S. legalizes cannabis for recreational use. The deal has a 90-month window, so all bets are off if legalization doesn’t happen. That’s a smart move.

But the most important reason why I like Canopy, and which brings us back to Cannabis 2.0, is that Canopy has developed a close relationship with Constellation Brands (NYSE: STZ). Constellation bought a $4 billion chunk of Canopy stock. This relationship is in the interest of both companies.

Constellation, if you’re not familiar, is a beer and spirits company with a global reach. The company has 9,000 employees and a market cap of $37 billion. Now that cannabis drinks are legal in Canada, it’s nice to have the maker of Corona and Modelo on your side.

This is the perfect partner to have in an effort to reach out to those “curious” consumers. The blue-chip firm could come in handy if Canopy needs to raise a lot of money. The relationship is so close that Canopy recently made the CFO of Constellation Brands its new chairman.

This is a good time to give Canopy a close look because the stock was down over the past few months. During the spring, CGC got as high as $52 per share. Lately, it’s been going for less than $20 a piece. That probably cleared out a lot of short-term traders. Cannabis 2.0 could be a major boost for Canopy Growth.