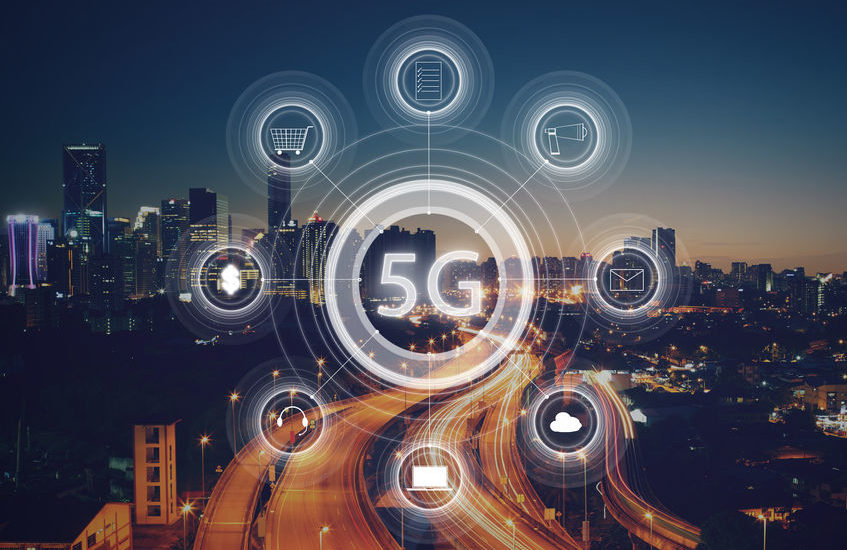 How 5G Technology Is Changing Our World

We’re in the midst of a communications revolution. The current phase, known as 5G, refers to the fifth generation of wireless communications. This is a world-altering event and investors need to understand how and why the world of communications is changing. There will be some big winners, and naturally, some big losers as well.

First though, let’s run through the previous four generations. First generation were the old cellphones of the 1980s. They were definitely cool, but they could do little more than make a phone call. How ironic is that today the telephone feature is one of the least-used applications of cellphones.

With the second generation of cellphones you could actually a text message and even some pictures. Sure, it wasn’t great, but it got the job done. But one important feature of 2G was that it used a lot less power than 1G. That meant smaller batteries which meant smaller phones. A lot smaller.

Next came 3G. This was when you can finally stream video over your phone. Or I should say that you could stream reliably. This is important because the age of 3G coincided with the tech boom of the late 90s and early 00s. We had tons of investment happening at once.

I won’t go much into 4G LTE, (LTE stands for Long Term Evolution and refers to the technology used to arrive at 4G speeds) because you’re probably using 4G LTE right now to read this. But the important point is that 4G gave user a ten-fold increase in speed over 3G.

The arrival of 4G has changed so much of how we live. For example, Uber only makes sense in a 4G world. Just about any company you can think of in the “gig” economy owes its life to the high speeds of 4G.

The fact to understand is that there are lots of technologies out there, but they only make sense with improved communications. That’s where 5G comes in.

Investors need to understand that 5G does three things.

Let’s break these down. Faster speeds are self-explanatory. Users can move more data thanks to faster download speeds. Some folks are talking about 5G being 100 times faster than 4G. Honestly, I think five to ten times faster is more likely. This means that a high-def movie can be downloaded in a matter of seconds instead of minutes.

Lower latency is a fancy term for meaning more responsive. Have you ever missed a turn because your map software didn’t update fast enough? Or missed a stock trade because the price moved away from you before you could execute the trade? That can be an annoyance for you. Now imagine what it could mean for something like a self-driving car. This is why the lower latency of 5G is such a big deal.

5G will allow for many more connected devices. Without getting too technical, 5G uses a much higher frequency than 4G, and as a result the bandwidth—and the amount of traffic that can flow through the network—is much higher.

This means being able to send a text or video when you’re at your favorite team’s stadium or at a concert. The high bandwidth, combined with technology that allows users to efficiently take advantage of that bandwidth. In other words, this means a low fewer spinning icons on your cellphone when trying to call that Uber, or tell your family you’re near home.

Who Are the Winners?

There are several sectors already benefitting from 5G. Application and software companies may be the greatest disruptors born out of 5G. One company, which is already benefiting from its software position in the 5G build out, is VMWare (VMW).

VMWare provides carriers with software that allows them to run multiple 5G networks on the same hardware. In other words, VMWare is making money by making 5G networks more efficient. Revenues have tripled in the past five years and should continue on a steep upward trajectory.

This is an especially good time to give VMWare a look. The next earnings report is due out on February 27. The company has beaten Wall Street’s estimates for at least the last 11 quarters in a row. Look for another strong report.

Anything in your home that could be connected in order to relay valuable information. Those could all be revenue generators for these companies. There are a number of hardware suppliers that will benefit from 5G deployment, but one of the leading candidates is chipmaker, Xilinx (XLNX).

For 5G, Xilinx technology is helping solve capacity, connectivity, and performance challenges. Over 50 billion connected devices are expected by end of this year. Xilinx is heavily concentrated on future 5G deployment.

For its last earnings report, Xilinx beat expectations by 8.5%.

Qualcomm (QCOM) will be another large beneficiary of 5G deployment. After settling a major intellectual property suit with Apple, the company is poised to provide 5G chipsets for Apple 5G phones for the next several years, with the opportunity to prove itself for continued future chipset offerings.

Qualcomm has an impressive IP (intellectual properties) portfolio of 5G offerings and will be a major provider of the “picks and shovels” for the 5G build out.

Qualcomm is expected to grow its earnings by more than 25% per year over the next five years.

Some of the obvious plays are the telecom carriers. For example, Verizon Communications (VZ) is a major holder of 5G spectrum in key population areas. As 5G takes hold, VZ can expect a huge increase in connected devices. This should drive revenue growth, as well as provide new opportunities for the carrier to deliver new 5G services.

Verizon is also a good stock for income investors. The current yield is over 4.2%. Verizon is a strong buy here.

President Trump is now officially on the record as saying…

“The race to 5G is a race America must win, and it’s a race, frankly, that our great companies are now involved in.”

The great companies Trump is referring to are NOT just Verizon, Sprint, or AT&T.

New evidence suggests Trump may have been referring to this secret 5G company. It’s not a household name… but experts say it’s ready for “Amazon-like” growth.