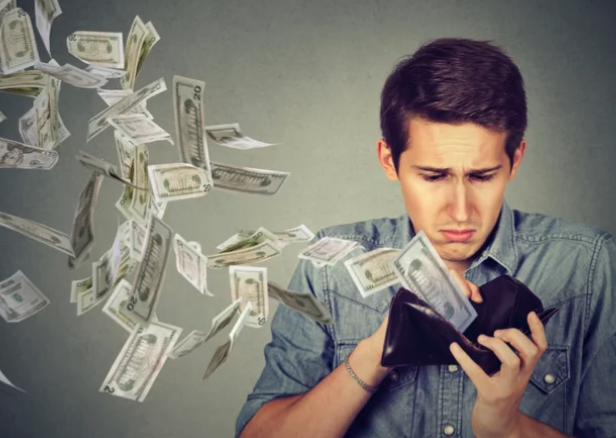 The stock market got rocked this week as fears of Coronavirus finally spooked traders. On Monday, the S&P 500 had its worst day in more than two years, and the heavy selling continued into Tuesday.

What’s interesting is that until now, Wall Street had been remarkably calm. In fact, the S&P 500 went a good part of the fourth quarter with only a few days of market drops more than 0.4%. That’s not much at all.

It seems that investors got lulled to sleep by the market’s calm upward rally.

What’s really happened is that we’ve gone from very low volatility to somewhat moderate volatility. This kind of market action really isn’t that unusual. Since 1950 there’s been, on average, three market drops of 5% or more.

Most of the time, these pullbacks don’t amount to much. Sometimes they do. The market doesn’t seem so concerned with the virus itself. Rather, it’s the knock-on effects of the virus. Global travel and trade routes are being upended. South Korea just announced that consumer confidence had its biggest drop-off in five years.

Travel stocks have been hit hard. Even shares of Disney (DIS) have felt the sting of the Coronavirus. Fewer travelers means lower attendance at their parks. Cruise stocks have been especially hard hit.

But not only bonds. A few weeks ago, I highlighted shares of Alpha Pro Tech (APT), a company that makes surgical masks and other protection gear. The shares nearly tripled in just a few weeks.

Barron’s even said that shares of Peloton (PTON) could do well as gym rats would stay at home. Hmm… I’m not sure about that one.

Not to be outdone, The Wall Street Journal reported that Moderna (MRNA), a biotech stock, is working on a Coronavirus vaccine. We’ll see.

But what’s caught my attention is the growing gap between High Beta stocks and Low Volatility stocks. By this, I mean the difference between the bouncy stocks and the more stable stocks. Recently, the stable stocks have been performing much better than the rest of the market. This tells me that traders have become afraid of risk. Well, I don’t blame them.

At a time like this, investors want something that’s safe and secure. One of the safest and most secure is AFLAC (AFL), the company best-known for its duck commercials. AFLAC is a lot more than ducks.

What exactly does AFLAC do? The company provides supplemental life insurance. The idea is to soften the financial stresses during periods of disability or illness.

If you’re curious, AFLAC standards for the American Family Life Assurance Company. The duck ads started to run about 20 years ago. Now AFLAC is a household name. Not only that, but it’s a very profitable business.

A few weeks ago, AFLAC (AFL) announced it Q4 earnings. For the quarter, AFLAC earned $1.03 per share which beat estimates by one penny. Currency exchange added two cents per share. AFLAC also increased its quarterly dividend from 27 cents to 28 cents per share. This is their 37th annual dividend increase in a row. There aren’t many companies that can boast a track record like that.

This is a wonderful company that’s going for a good price. When the market gets rough like this, it’s always good to own a safe and stable stock and AFLAC fits the (duck) bill.

I currently rate AFLAC a strong buy up to $57 per share.