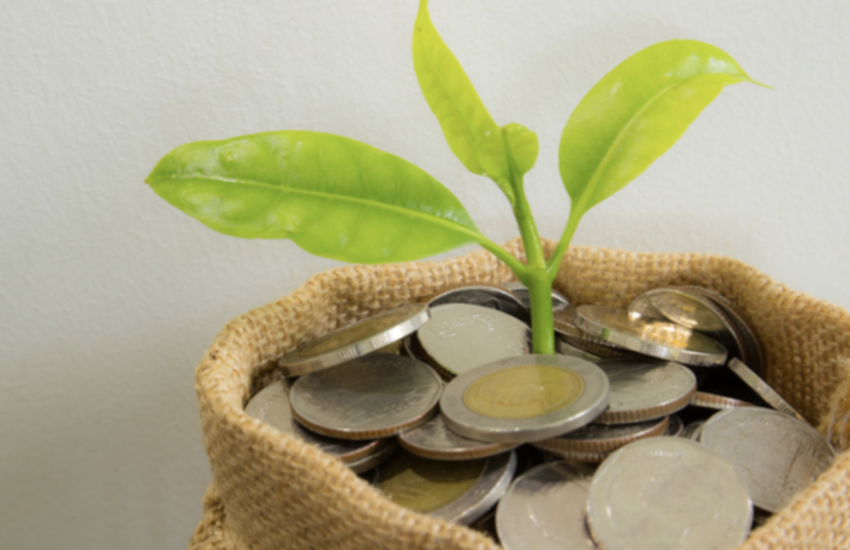 Earnings season for individual stocks has evolved into nothing more than a game. Analysts from the Wall Street firms put out their estimates for quarterly revenue and profits.

Those estimates are averaged into a consensus estimate. When earnings come out the stock trading world looks to see whether individual companies “beat” or “miss” the earnings estimate, which is no more than an average of computer model based guesses from analysts. It’s a silly game that unfortunately can result in sharp share price declines when a company misses analyst expectations.

For investors looking for long term wealth building and attractive dividend income, these stock price drops can, if you understand the affected companies, provide great buying opportunities. Just after earnings share price gains or drops are mostly related on where the reported results stacked up against the Wall Street estimates.

Traders currently don’t seem to be looking at comparison to past results or the prospects of the companies. This is where you, with a longer term outlook, can take advantage of the short-term, earnings “miss” price drop. If a company’s prospects are solid, a quarterly earnings miss should be viewed as an opportunity to pick up shares on sale.

There are several reasons for the drop. The company did not follow its pattern of increasing the dividend with this earnings report. The quarterly rate declared stayed at $0.46 per share. In addition, 2019 FFO/share guidance was flat to very slightly down from the cash flow produced in 2018.

The counterpoint to the short term cash flow growth slowdown is that in 2018 the company made investments to ensure years of future growth. Land acquisitions in prime data center areas give the company capacity to construct new data centers that will triple the current footprint.

2018 revenue, EBITDA and FFO growth were 23%, 16% and 16%, respectively. The company is producing strong revenue and cash flow growth. The investment positive is that CyrusOne will have big committed investment years such as 2018 and 2019, and those investments will show up several years down the road as great returns on investment, higher FFO per share and dividend increases.

CyrusOne is in a real estate sector –data centers –that will have high demand growth for at least a decade.

The trigger event for the sell-off was a federal court refusing to hear an appeal on a ruling tossing out the construction permit of the Atlantic Coast Pipeline under construction by Dominion Energy. EQM dropped because they are the major partners on the competing Mountain Valley Pipeline –MVP. The map below shows the routes of the two pipelines.

While the two pipelines have similar routes, it’s tough to make a comparison. The biggest difference is that MVP is 70% complete, including 175 miles of the 303 miles already welded in position. In comparison, the Atlantic Coast Pipeline received construction approval in October 2018 and construction was stopped in December. MVP does need to obtain a Nationwide 12 Permit from the U.S. Army Corps of Engineers for stream and waterbody crossings.

Currently work is scaled back for the winter. Full construction work on MVP will restart in the Spring, and full in service date is forecast for Q4 2019. The EQM situation is comparable to the Atlantic Coast Pipeline legal setback.

EQM is an MLP with a current 11% yield and will grow distributions by 5% per year.

Altus Midstream Company (Nasdaq: ALTM) is a new energy midstream corporation that was formed in August 2018.

This is a “blank check” type of new company that will use the IPO proceeds to acquire energy gathering and pipeline assets.

ALTM is sponsored by Apache Corp. (NYSE: APA) and Kayne Anderson Acquisition Corp. The company has rights of first offer on five pipeline investments. The prospective acquisitions are worth over $3 billion. With its first quarterly earnings for the 2018 fourth quarter, the company had very little revenue and profits to report. Since the earnings, ALTM has dropped by 24%. Current market cap is $650 million.

This is a more speculative energy infrastructure play that just became a lot cheaper.Boring Photo Reveals Trump’s Fate in 2020 Election

While Republicans and Democrats fight tooth and nail in Washington… 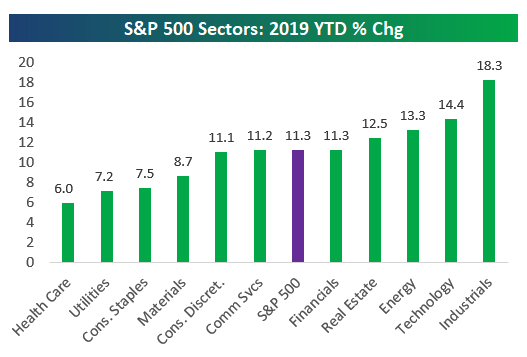 The Dow Jones Industrial Average and S&P 500 fell each of the final three trading days of the month, but all of the major U.S. stock indexes still finished February more than 3% higher. The result is the best two-month start for the S&P 500 since 1991.

Investors have certainly been playing offense in the first two months of 2019, as the following chart shows. Industrial and technology names have led the way higher year-to-date, while defensive sectors (healthcare and utilities) have lagged.

President Trump was in Vietnam this week, meeting with Kim Jong Un of North Korea. The talks abruptly ended on Thursday, as the two sides were unable to make progress amending U.S. economic sanctions and North Korea’s nuclear aspirations.

Earlier in the week, President Trump had pushed forward a March 1 deadline to consider enacting further tariffs against China. On Thursday, China reported a three-year low reading of its manufacturing Purchasing Managers’ Index, suggesting the economy is contracting.

Back at home, the economy appears alive and well, as evidenced by the GDP report on Thursday. The data showed 2.6% U.S. growth in the fourth quarter, which exceeded expectations.

Looking ahead to next week, the main economic focus will be the February jobs report on Friday. The consensus estimate calls for the addition of 185,000 non-farm payrolls and this number has generated a large upside surprise the past two months.

While most traders were focused on the macro headlines this week, many companies back in the U.S. posted quarterly results. Retailer Best Buy (BBY) was the big winner, gaining 14% a day after posting robust holiday results. On the other hand, HP Inc. (HPQ) lost 18% the day after announcing disappointing sales.

Retailers will continue to dominate the earnings calendar next week. In addition to the names highlighted below, Kroger (KR) and Ross Stores (ROST) will also offer a look into the health of the U.S. consumer.

U.S. stocks are off to the best start in nearly 30 years. After a sharp rally like this, some questions we usually hear are: “should I move my money around?” and “what’s still worth buying now?”

Market-timing, especially when to sell a big winner, is a decision that even experienced investors can struggle with.

However, if you’re nearing retirement or already retired, all you really care about is generating consistent income and protecting your hard-earned nest egg– not whether a company misses earnings expectations by a few pennies, or economic and political negotiations occurring halfway around the world.

The good news is: there’s a better way. My colleague Brett Owens has created an “8% No-Withdrawal Portfolio” that generates steady income and impressive capital gains.