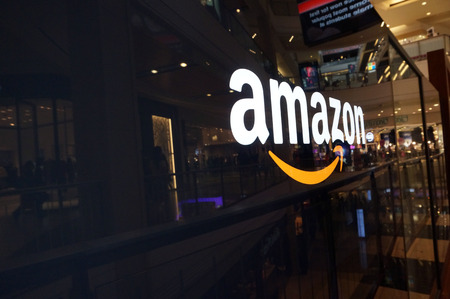 All across the U.S. these days, retail stores are very much like the Walking Dead.

Ironically, on paper at least, this would seem to be an ideal time to operate a retail store.

After all, we are in the best jobs market we’ve seen in more than 40 years, and the economy remains in great shape. Virtually across the board, high-tech firms have been reporting stellar fourth quarter results.

Retailers, not so much…

But even chain-store firms who managed to beat Wall Street’s forecasts can’t seem to defy the steady shift in power to the web and well-run e-commerce portals.

Consider that the Foot Locker Inc. (NYSE: FL) recently reported its growth more than doubled expectations in its most recent quarter. And yet, just days ago, the sports chain said it will shutter 165 stores.

That was part of a series of store closings that totaled 465 in just 48 hours.5

With that in mind, today I’m going to reiterate a stock I have recommended many times as one that will benefit from the shift from brick-and-mortar retail to e-commerce.

And of course, it’s a firm with market-crushing gains…

The carnage in the shopping landscape actually shows no signs of slowing down. We can see that by the firms that have announced store closings. Besides the Foot Locker, there are:

And let’s not forget that a company that was once the top retailer of its day recently filed for bankruptcy protection from its creditors.

Sears was America’s original “everything” store. Between its actual physical locations and its massive catalogue operations, it offered consumers the opportunity to buy hundreds of goods, covering everything from clothes to tires to furniture.

But like many other retailers, Sears simply failed to keep up with the times. Today’s consumers can buy just about anything they need in a matter of minutes online from the convenience of their computers or mobile devices.

Amid all this chaos, one firm stands out as the preeminent e-commerce firm in the world today. It’s making so much money online that it can now afford to challenge physical retailers at their own game.

When you look on how massive and profitable Amazon.com Inc. (Nasdaq: AMZN) has become, it’s hard to believe that it started off in 1994 with a simple mission of selling physical books over the Web.

Today, the firm continues to deliver growth rates that make regular retailers green with envy. In fact, I think the Amazon stock price could soon reach $2,000 per share.

Consider that at the start of the current decade, Amazon had $34 billion in sales. By next year, that figure should surpass $325 billion. That’s nearly 1,000% growth.

I’ve been watching this firm for years, and was one of the first people to tell you that the share price would handily pass the $1,000 mark. That finally happened in 2017, and now in the early days of 2019, the $2,000 mark is fast coming into focus.

Of course, Amazon is still a massive bookseller, but now it sells so much more.

We could spend a lot of time talking about all of various kinds of things you can buy through Amazon. It’s likely easier to think of what Amazon doesn’t sell.

Of course, the real secret to Amazon’s success is not based on the stocking and shipping of hard goods. Instead, it’s an uncanny use of technology that touches on everything the firm does.

Take cloud computing as an example. Amazon began to realize that it had built such an impressive global computing platform that it could save massive sums by running its business on its own massive cloud platform.

Soon enough, Amazon began selling its cloud-based web services to others, and that’s now a business that will be bringing in $71 billion in revenue by 2022, according to banking firm Jefferies & Co.

AI Will Help Propel the Amazon Stock Price to $2,000

Amazon has also deeply embraced artificial intelligence (AI). Today, AI brings a lot of smarts to Amazon’s Alexa assistant. And Amazon has big plans to extend AI throughout every one of its business units.

All of these growth areas have enabled Amazon to generate so much cash that it can afford to buy its way into whole new lines of business.

The firm made a high profile 2017 purchase of healthy grocer Whole Foods for $13.7 billion. Now, it’s using the know-how it picked up to make an even deeper push into the grocery market through a chain of stores separate from Whole Foods, according to the Wall Street Journal.

When you consider that Amazon knows how to make a profit where others fail, I have no doubt that the move into groceries will become highly lucrative for Amazon – and its investors.

Simply put, Amazon has the Midas touch. It becomes dominant in every new category it enters. That’s by design, not accident. Amazon only enters into a new category when it knows it has the resources and skills to succeed – on a massive scale.

It’s of no use to examine where this stock has been. You only need to know that its tried-and-true business savvy will help it succeed with each new market it enters.

That’s why this is truly a stock to hold for the long haul, as Amazon adds more growth from its hybrid sales approach.