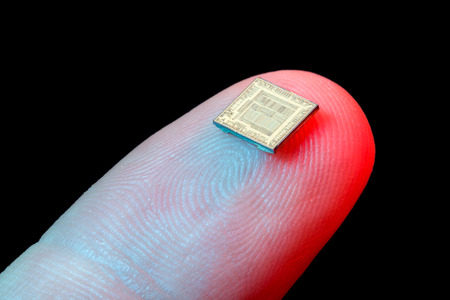 There are primarily two companies known for producing the majority of computer graphics cards (GPUs). Most investors are familiar with NVIDIA (NVDA), which tends to be a high-flying, headline grabbing stock.

However, Advanced Micro Devices (AMD) is also a huge player in the industry – but can often fly under the investment community’s radar.

Lately however, it’s AMD that’s been the high-flyer. It’s up a whopping 75% year-to-date. There are several catalysts behind the climb.

First off, investors appear to be big fans of the company’s new products and partnerships. AMD is partnering with Samsung to use its graphics chip in smartphones. Samsung and Apple (AAPL) control most of the smartphone market in the US – so this is clearly a big deal.

In fact, the deal with Samsung is so promising (along with other new PC chips being introduced), that Morgan Stanley (MS) actually admitted its bearish call on the stock was wrong. The investment bank subsequently upgraded the stock.

What’s more, AMD recently announced its chips will be in Microsoft’s (MSFT) next-generation console. That’s yet another huge potential market for the GPU maker. It’s easy to see why investors have been so eager to snap up shares.

While the stock isn’t likely to continue its torrid pace higher, it’s hard not to be bullish on the company over the long-run given the news. Even the trade war with China and threat of an impending recession may not be enough to halt the share’s march to new highs.

So, what’s the best way to trade AMD? Let’s look to the options market for an interesting trade…

The call premium provides downside cushion for the long (purchased) shares. Since the stock price was at $34.19, the long stock is protected down to $30.39 (because of the $3.80 collected).

What’s more, the premium from the call works out to an 11.1% yield over the life of the trade. With the calls expiring in January of 2020, it works out to roughly 6 months. Annualized, we’re talking about nearly a 22% yield on the trade.

This covered call is moderately bullish because it allows for the stock to appreciate up to $40 before the gains are capped by the short call (at least through January expiration). The stock gains can generate up to 17% profits before the cap is hit.

All told, this trade can make 28% in 6 months (between premium collected and stock growth potential) if AMD is at $40 or above next January. Plus, it provides the downside cushion I mentioned above.

Generally, I’m more of a fan of short-term covered calls (30-45 days until expiration). However, it’s hard to argue with the yield and upside potential of this trade – particularly if you’re at least moderately bullish on AMD. This would also be an easy trade to execute in your own account.