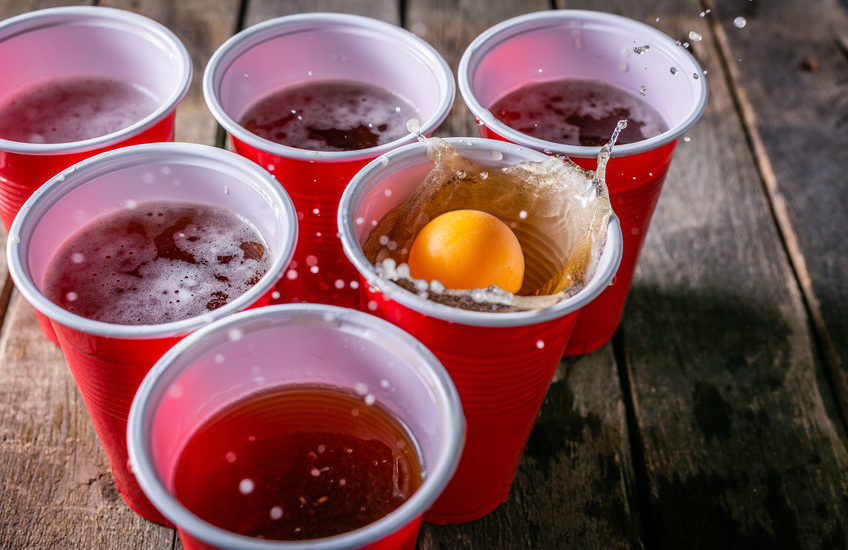 Earlier this month, a Georgia man pleaded guilty to securities fraud. That may not sound so unusual but bear with me.

This is unusual because even judged by the standards of great Wall Street crooks, this conman’s scam stands out.

For one, Syed Arham Arbab is hardly a would-be Master of the Universe. Instead, he’s a 22-year-old undergrad at the University of Georgia. Still, he was able to run a $1 million hedge fund, (or more accurately, Ponzi scheme), out of his frat house!

Let me repeat that again. He ran a phony hedge fund out of his fraternity house. (Whatever happened to keggers?)

I have several questions, and most of them strain credulity.

Arbab tricked 117 people into investing in his fake fund. Instead of going into stocks, the money was used for booze, gambling, and strip clubs. Shocking, I know.

Arbab admitted that he lied about his track to dozens of investors. He promised guaranteed risk-free returns of up to 56%. That’s an impressive track record even for being complete make-believe.

Arbab also confessed to the court that he told investors he was getting his MBA at the school’s Terry College of Business and that a famous NFL player and UGA alum had put money into the fund. In reality, Arbab was rejected from UGA’s MBA program, and the football player had never invested in his fund.

Ironically, the gambling and strip club was probably the closest he ever got to acting like a real hedge fund titan.

Honestly, I’m torn by stories like this. I feel bad for the victims, many of whom, I’m sure, lost their life-savings. Yet I have to wince when I think of their naivety. How could you trust a 22-year-old who was running the show out of his frat house?

The example of Arbab is a perfect counterexample to one of my favorite stocks, also based in Georgia, which is AFLAC (AFL).

When most people hear the name AFLAC, they usually think of the duck ads. By the way, that’s now considered to be a legendary marketing campaign. In a few years, AFLAC’s name recognition went from 2% to 90% thanks to those duck ads.

But what many people, especially new investors, may not realize is what a sound and well-run company the duck stock is. Consider that AFLAC has increased its dividend every year for the last 37 years in a row.

AFLAC was founded in 1955, but its remarkable success began in 1970. That’s when John Amos visited the World’s Fair in Osaka, Japan. When he got there, he was astounded by the number of people who walked around the crowded cities wearing surgical masks.

Amos instantly recognized a golden business opportunity. Amos, along with his two brothers, ran a small insurance company based in Columbus, Georgia called the American Family Life Assurance Co. He figured that if people in surgical masks wouldn’t buy insurance, no one would.

In 1974, the Japanese government awarded American Family a monopoly on Japanese cancer insurance, which is very rare for a gaijin. The only reason they got it was because no Japanese firms were interested. Today, 95% of all the listed companies in Japan offer American Family’s products.

I’m going to let you in on a little secret Wall Street doesn’t want you to know about. Although it may appear to be boring, insurance is insanely profitable. Most investors have no idea of the goldmines they ignore just because insurance is dull as dirt. Warren Buffett built his investment empire on insurance.

Business has been going quite well for AFLAC. Three months ago, the company reported it made $1.13 per share for Q2. That topped estimates by six cents per share. Dan Amos, the current CEO and John’s nephew, said the duck stock aims to buy back $1.3 to $1.7 billion worth of stock this year.

AFLAC didn’t exactly raise guidance this summer, but they said that earnings should come in at the high end of their current range, which is $4.10 to $4.30 per share. That means the shares are going for a little over 12 times this year’s earnings. Earnings are due out again on Thursday, October 24.

Look for an earnings beat from the insurance stalwart…and steer clear of any frat house “geniuses.”

President Trump is now officially on the record as saying…

“The race to 5G is a race America must win, and it’s a race, frankly, that our great companies are now involved in.”

The great companies Trump is referring to are NOT just Verizon, Sprint, or AT&T.

New evidence suggests Trump may have been referring to this secret 5G company. It’s not a household name… but experts say it’s ready for “Amazon-like” growth.