One constant in the human journey remains the creativity of the human mind. Ideas can emerge from this wellspring that not only change the way we live, they also bring new businesses to the market. From a stock market perspective, this leads to new up-and-coming stocks. Other ideas breathe new life into old stocks whose older business lines fell out of favor. In reality, investors do not make outsized returns by buying stocks like Apple Inc (NASDAQ:AAPL) or Amazon.com, Inc. (NASDAQ:AMZN) at their current sizes. They make money buying the future Apple or Amazon that has not yet become well-known.

What the technology world has experienced recently has become nothing short of another Industrial Revolution. I believe historians will look back upon the 2010s as a time when many of these ideas spring forth.

Fortunately, several up-and-coming stocks have appeared that will allow investors to profit from this growth and change. These 5 stocks hold potential for investors to bolster their portfolios on revolutionary change. 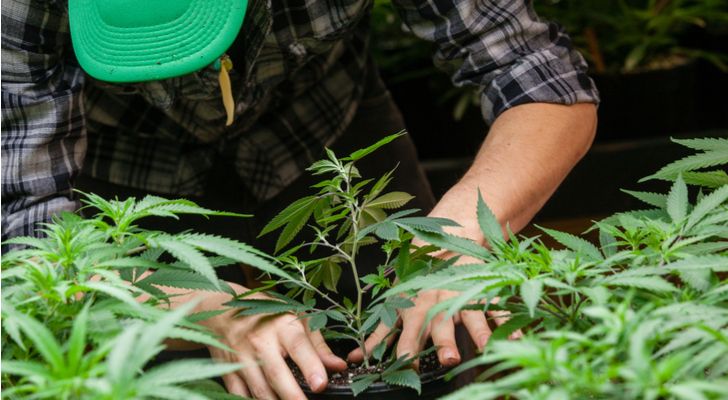 Marijuana is by no means a new substance. This revolution is more of an attitudinal change which has brought the market numerous up-and-coming stocks. The ETFMG Alternative Harvest ETF (NYSEARCA:MJ) stands at the forefront of this revolution. As of now, this has become the first and currently only marijuana ETF to trade on U.S. exchanges.

ETF inflows have stagnated as of late while as their counterparts on the Toronto Exchange continue moving higher. This pause likely hinges on the uncertainty surrounding federal marijuana laws in the U.S. However, I think this uncertainty creates opportunity. And this opportunity comes from an attitudinal change from an unexpected source: the Republican party.

Former House Speaker John Boehner, once a staunch opponent of cannabis, joined the board of a marijuana company. President Donald Trump recently proposed removing legal restrictions on marijuana. And just this week, Oklahoma, one of the most deeply Republican states in the Union, approved a permissive medical marijuana law.

Such changes will only bolster the cannabis industry, especially with regard to U.S. companies. Though the ETF holds several U.S. stocks, Canadian stocks The Green Organic Dutchman Holdings (OTCMKTS:TGODF), Canopy Growth (NYSE:CGC), and Aurora Cannabis (OTCMKTS:ACCBF) stand as its largest holdings. It also trades about 25% below its January high, despite the solid performance of many of its Canadian holdings. Between Canada’s legalization and loosening restrictions in the U.S., MJ stock should provide a safe and profitable segue into the cannabis industry. 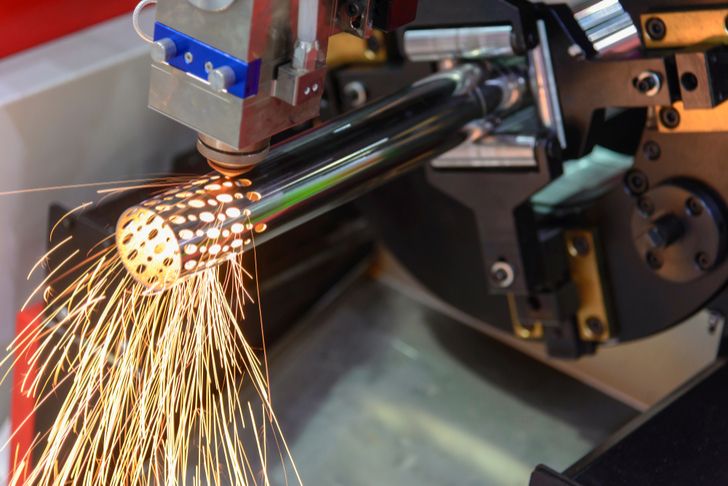 IPG Photonics Corporation (NASDAQ:IPGP) develops and manufactures high-performance industrial lasers. Industries ranging from automotive to aerospace to semiconductors use IPG’s technology in their manufacturing processes. In addition to lasers, it also produces equipment for medical and telecom applications.

Growth has remained both robust and steady. Both revenue and profits have increased at an annual rate of about 20% for the last five years. Although revenue growth will likely slow in future years, earnings increases should maintain their current pace for the foreseeable future.

Recent geopolitical events have created opportunity in IPGP stock. IPG earns about one-third of its business from China. The escalating trade dispute with China had led to a massive selloff.  IPGP stock has fallen by over 17% since the beginning of June as a result.

Despite this drop in the stock price, massive growth has defined this stock for most of the decade. Few up-and-coming stocks have seen this level of growth. The stock has risen from a low below $7 per share in 2009 to as high as $264 per share. However, even with this increase, IPGP stock trades at around 32 times current earnings. With this high level of growth expected to continue for the foreseeable future, interested investors should take advantage of this China uncertainty to buy into IPGP. 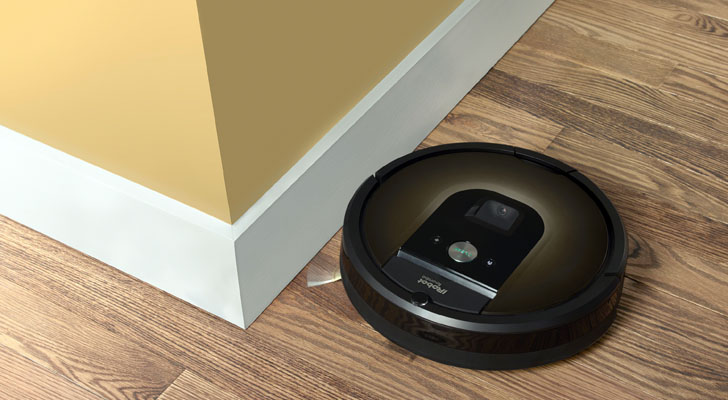 iRobot Corporation (NASDAQ:IRBT) should serve as one of the more recognizable up-and-coming stocks. It leads its industry in the emerging field of consumer robots. Founded in 1990 by a group of MIT graduates, it expanded the reach of artificial intelligence (AI), settling on a niche in consumer robots. Its most commercially successful robot has become the Roomba vacuum. Its floor mopper, Braava, and other consumer robots also continue to sell well.

The Bedford, Massachusetts-based company has enjoyed years of high growth as a result. Annual revenue growth tops 15% per year. Profits have also seen double-digit percentage growth in most years. In fact, analysts expect yearly profit growth to exceed 20% per year through 2021.

Considering the stock price has increased by more than tenfold since its 2009 low, the company trades at a fair valuation. That growth has taken the market cap to about $2.1 billion. Its current PE now stands at about 40. While that may appear high, it also trades at about 2.3 times sales and around 4.2 times its book value.

It also has fallen substantially from its 52-week high. SharkNinja has posed a challenge to iRobot’s market dominance. Between July and February, IRBT stock lost over 50% of its value as Shark claimed a market share exceeding 20%. However, since early May the stock has jumped from about $56 per share to around $76 per share today. Although analysts expect its 60% market share to fall, profits should continue growing at 20% per year. And with only about 11% of U.S. households owning a robotic vacuum, growth should continue for years to come. 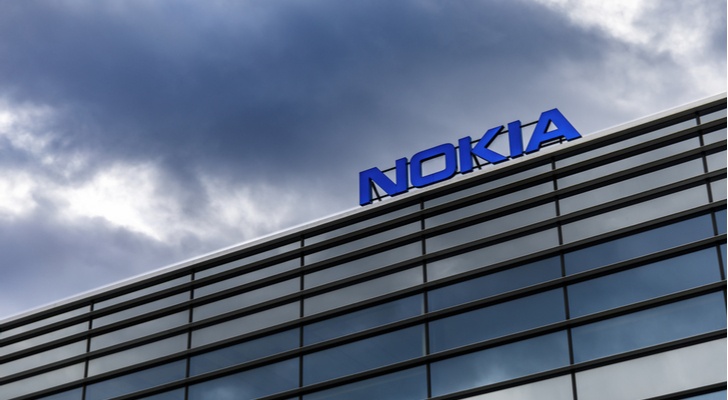 As the oldest company on this list, Nokia Oyj (ADR) (NYSE:NOK) makes the up-and-coming stocks list on reinvention. The company began its history in the mid-19th century in present-day Finland as a pulp mill. As late as the 1960s, they produced toilet paper. Moving from that point to achieving the domination of the mobile phone market required a radical change. With the decline of non-smart mobile phones, Nokia has reinvented itself once again. It now stands at the forefront of the 5G revolution.

5G promises to increase connection speeds by as much as 100-fold from the current 4G technology. Most of the major wireless companies throughout the world will each invest tens of billions of dollars to upgrade their wireless networks. Since Nokia has become a leading producer of 5G equipment, it will derive massive benefits from this upgrade.

Growth would also remain in the double-digits by even the most conservative estimates. If NOK stock can maintain such a growth pace, perhaps it could return to the $42 per share high it saw in 2007 and maybe beyond. 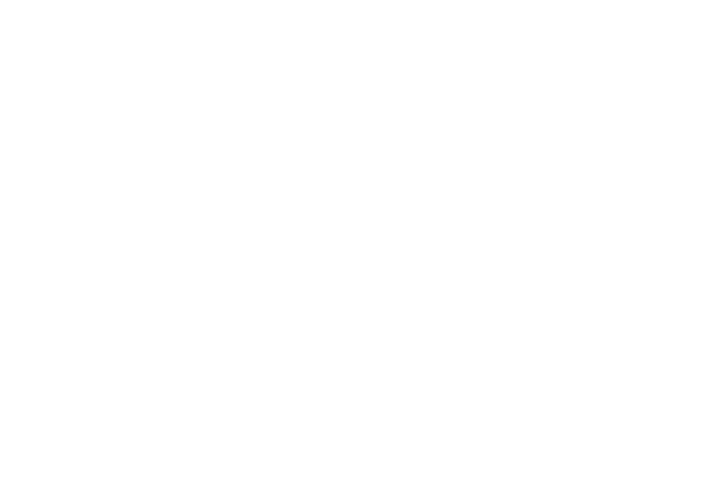 Teladoc Inc (NYSE:TDOC) is one of the up-and-coming stocks that continues to bolster its dominance in the emerging telehealth industry. The Purchase, New York-based provider boasts of a 75% market share in an industry that could claim a significant percentage of the market for doctor’s office visits.

For $40, patients can visit a Teladoc doctor 24 hours a day, seven days aweek. Assuming the doctor can evaluate the patient this way, the patient can receive a diagnosis and, if necessary, have a prescription sent to a pharmacy within a few minutes. Similar services from an in-person physician can run more than three times the cost and are only available during regular business hours. TDOC also offers similar services for behavioral health services.

Analysts believe this service, which serves under 1% of patients now, could cover up to 30% of all doctor visits within a few years. It will also receive a boost when it begins to cover Medicare Advantage patients starting in 2020.

Best of all, TDOC stock has worked to expand what might otherwise be described as a thin moat. In 2017, it acquired Best Doctors to improve its diagnosis capabilities. This year, it acquired Advanced Medical. This will bring Teladoc’s services to several other countries.

Investors will have to exercise patience as a positive net income remains a few years off. However, revenue continues to grow by about 50% per year. The number of patient visits increases by nearly the same amount. With that level of growth and its market share, TDOC stock has positioned itself to both grow quickly and dominate the telehealth industry.