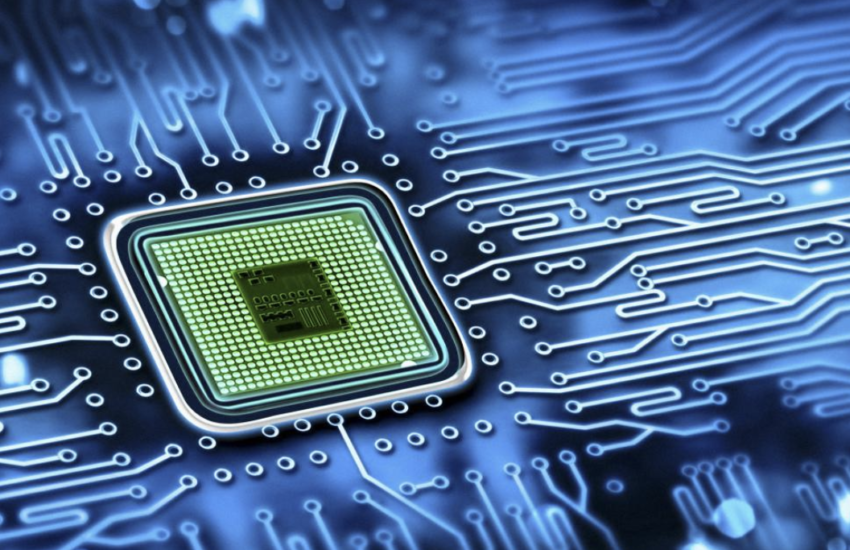 But recently, this trend seems to be reversing. Big growth tech stocks are now leading the market lower.

There are a few things at play here.

Facebook, Inc. (NASDAQ:FB) is coming under harsh criticism for its data selling practices. And it’s having widespread fallout throughout the whole tech sector, since essentially every tech company leverages consumer and user data to make business decisions.

Meanwhile, autonomous driving and artificial intelligence initiatives took a hit recently after an Uber self-driving car hit and killed someone in Tempe, Arizona. In the wake of that accident, Uber, NVIDIA Corporation (NASDAQ:NVDA), and others have suspended autonomous driving tests.

Overall, the near-term outlook for tech stocks is pretty cloudy. There seems to be a ton of headline risks from Facebook and Uber, while sentiment seems to have taken a sharp turn for the worse.

But are those headline risks creating an opportunity for long-term investors? If so, what names should you be buying?

Below, I’ve compiled a list of 3 big growth tech stocks that Wall Street analysts are still in love with, despite recent tech weakness. These are stocks with consensus strong buy ratings and price targets substantially above their current price.

Which stocks are they? Let’s find out. 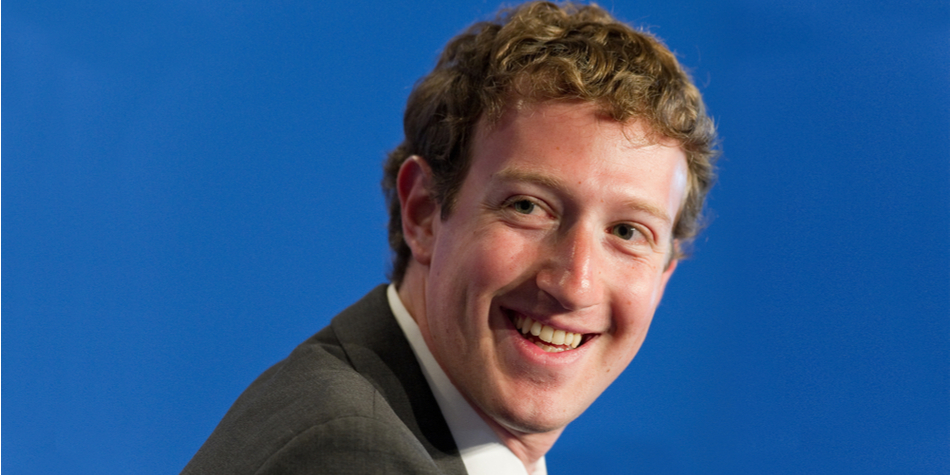 The first stock on this list is the company which may have started this whole tech sell-off: social media giant Facebook Inc.

In the wake of a massive data leak that dates back to 2015 and has a political slant, FB stock has fallen nearly 20%. Investors are worried about regulation, and how that might affect Facebook’s business. They are also concerned that user privacy concerns will cause the “#deletefacebook” movement to gain serious traction, causing a drop in active users. If that happens, then advertisers could pull money from the platform, causing a drop in average revenue per user. A drop in active users and a drop in average revenue per user would have a catastrophic impact on Facebook’s financials.

But despite these investor concerns and the sharp drop in FB stock, Wall Street analysts remain resolute in their bullishness on Facebook. The average price target on FB stock, even after this whole data scandal, is $220. That would represent nearly 50% upside from current levels.

Specifically, RBC analyst Mark Mahaney said that Facebook remains the “Best Growth Story in Tech”. He also said that the “latest data controversies would have no material impact on the relevance and attractiveness of Facebook’s marketing platform”, while calling the risk-reward profile on FB stock “downright compelling”.

Wells Fargo, GBH Insights, Oppenheimer, Barron’s, Jefferies and others have all sounded a similar bullish tone on FB stock in the wake of the recent selloff.

All in all, it’s pretty clear that analysts are still in love with FB stock, even amid recent headline risks. The consensus from Wall Street’s analysts seems to be that user and advertiser churn will be mitigated as a result of this data leak, while regulation won’t be that severe. The stock now trades at a pretty cheap valuation relative to growth, and thus, the upside opportunity looks compelling. 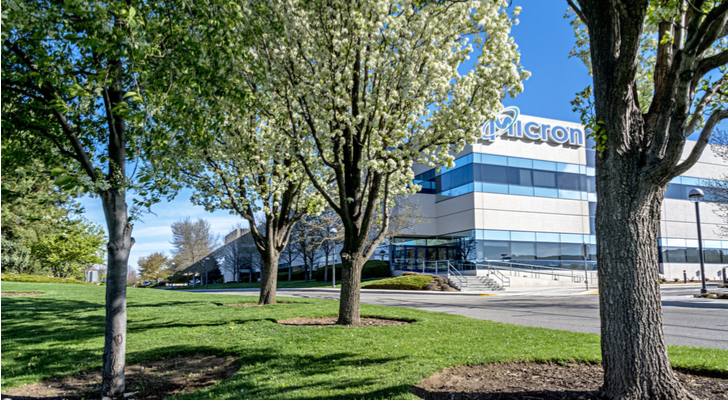 The second stock on this list is red-hot chip-maker Micron Technology, Inc. (NASDAQ:MU).

MU stock has been on fire over the past 2 years, jumping from $10 to $60 as the supply/demand fundamentals in the company’s core DRAM and NAND markets have become exceptionally favorable. Put simply, the mainstream emergence of automation, AI, the Internet-of-Things (IoT), data centers, and cloud computing has created a surge in demand for MU’s chips. Considering many of these technologies are still in their early innings, demand should remain robust into the foreseeable future.

Meanwhile, supply is constrained due to limited chip production capacity against the backdrop of this demand surge. Big demand, short supply means huge profits for MU.

Investors are concerned that supply will ramp at any point now, and that this supply ramp will erode profits. This is a reasonable concern. It has happened time and time again in the cyclical semiconductor industry.

But analysts think that investors are under-estimating the strength and longevity of this current bull market in semiconductors. By and large, analysts expect favorable DRAM and NAND pricing to persist because, despite production capacity expansion, demand will continue to outstrip supply into the foreseeable future.

That is why the consensus analyst price target on MU stock is $67, roughly 30% above MU’s current levels. This is also why a flurry of firms, including Stifel, Mizuho and Cohen, upped their price targets on MU stock after the company’s recent blowout earnings report.

All in all, the Wall Street analyst thesis on MU stock remains bullish. Analysts think that big demand from emerging technologies like automation, AI, and IoT will persist into the foreseeable future. That demand will be so large that regardless of capacity expansion, demand will outstrip supply over the next several years. Consequently, MU’s profit margins should remain near historic highs. And MU stock should head to all-time highs. 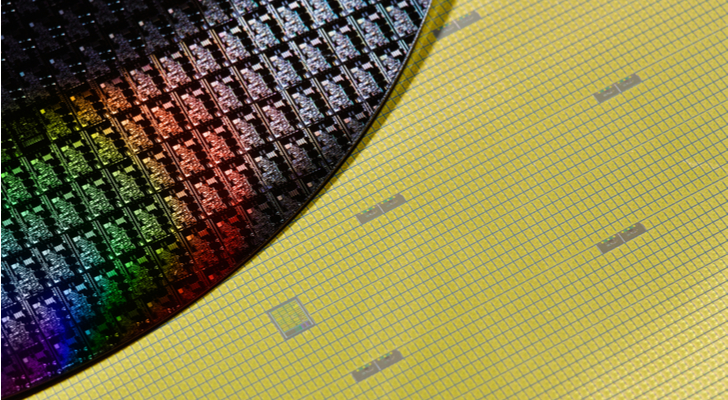 The third stock on this list another semiconductor company, Lam Research Corporation(NASDAQ:LRCX).

LRCX is in the same DRAM and NAND worlds as MU. But instead of making the chips, Lam Research provides the equipment to companies like MU so that they can make the chips. Thus, MU is the chip-maker, and LRCX is the parts supplier.

Naturally, if the chip-maker is roaring higher thanks to a robust demand backdrop, the part supplier will also roar higher. That has happened. Over the past 2 years, LRCX has gone from $80 to $200.

Analysts think this run is far from over. The consensus analyst price target on LRCX stock is right around $265, implying more than 30% upside from current levels.

Specifically, Mizuho just initiated LRCX at a Buy rating. They slapped a $250 price target on the stock. Analysts at Mizuho believe that the best is yet to come from LRCX, citing acceleration in the hyper-growth China market.

Bank of America Merrill Lynch also recently initiated coverage on LRCX at a Buy Rating. They slapped a $305 price target on the stock. Analysts at BAML named LRCX a Top Pick due to the company’s exposure to the memory upcycle. They believe cloud computing and AI tailwinds will continue to produce strong operational results for LRCX.

Overall, the analyst sentiment on LRCX stock is quite bullish. Much like MU, LRCX is expected to benefit from emerging technology tailwinds over the next several years. Those tailwinds should prop up the numbers, which in turn, should prop up LRCX stock.

As of this writing, Luke Lango was long FB and MU. 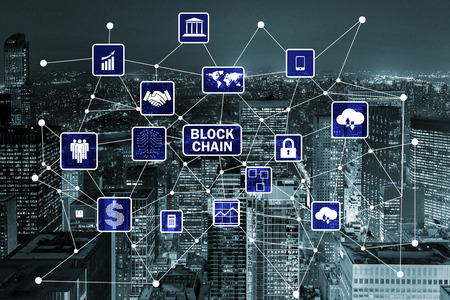 Despite the recent pullback in crypto prices, amazing things are happening behind the scenes.

Blockchain entrepreneurs and coders are hard at work building the infrastructure necessary for a robust alternative financial system.

This tech may allow bitcoin to compete with traditional payment processors such as Visa and PayPal. It will take time to perfect this new payment network, but LN has the potential to revolutionize how cryptocurrency is used. Many other coins have announced plans to build similar improvements.

Binance launched only last year, but it has become the highest-volume crypto exchange in the world, with trading volume of around $1.5 billion per day. Currently based in Hong Kong, Binance recently announced that it will be moving to Malta. The small Mediterranean island has crypto- and fintech-friendly laws.

Binance says the move will also allow it to add “fiat trading” to its platform by partnering with local banks. Currently, Binance is a “crypto only” exchange, but the addition of fiat trading will allow it to become a major on-ramp into the crypto market.

Cboe Global Markets, which trades bitcoin futures, sent a letter to the SEC encouraging it to allow the introduction of bitcoin ETFs.

At least six companies are attempting to get bitcoin funds approved, but so far the SEC has denied their applications.

The demand for a publicly traded bitcoin vehicle is certainly there, but the SEC has been twiddling its thumbs for a while now. Let’s see how long it can hold out against the pressure.

Coinbase, the largest U.S. crypto exchange, has announced that it will be adding support for ERC20 tokens. In a blog post, Coinbase wrote, “This paves the way for supporting ERC20 assets across Coinbase products in the future, though we aren’t announcing support for any specific assets or features at this time.”

In essence, this means that Coinbase is planning to add more altcoins to its platform. This will drive more interest and altcoin buying. Now the speculation about which assets Coinbase will add next begins…