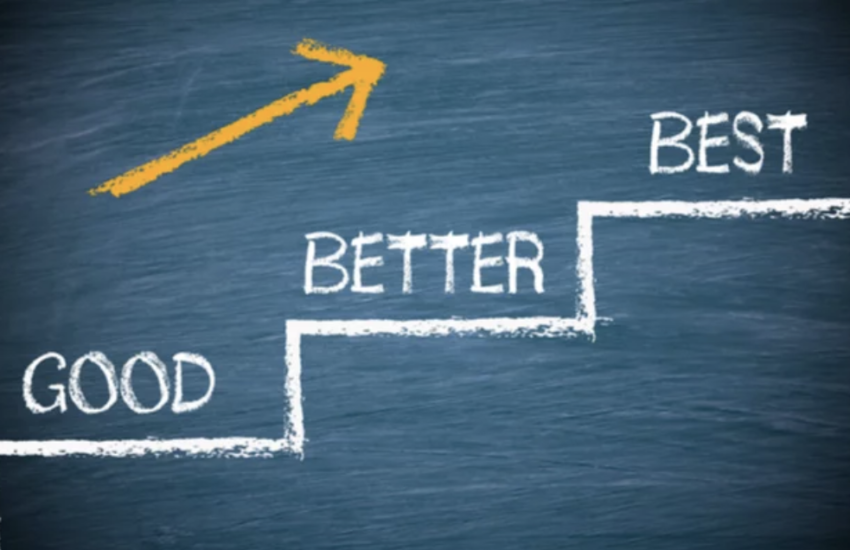 Earnings season is fully upon us now and things are as expected … there are some big winners and some big losers. While growth should be solid this year, it’s not likely to set any records. That makes it important to find the opportunities in the market now, especially since there has been the big tech run-up in Q1. While some of these tech stocks are solid contenders, not all of them can be counted among the top stocks to consider now.

The big run in Q1 just got the market back to breakeven after the horror show in Q4, especially in December.

So now is the time to look for opportunities in select sectors where there should be better than average growth in the coming year. And within those sectors, there are some low-priced stocks with a lot of potential that are worth adding to your portfolio now.

The top stocks under $10 I feature here all have momentum in their favor — as measured by my Portfolio Grader — and their businesses are growing faster than their larger peers. These names also have an A-rating according to my system. Just make sure not to chase them too far from their current prices.

ICICI Bank Ltd ADR (NYSE:IBN) isn’t as much a play on the U.S. as it is the growth in India. It is only one of a handful of Indian stocks that trades in the U.S.

Remember, India’s GDP last year was 7% — 10% faster than China’s growth. And it is likely to continue posting numbers like that for years to come.

But like most emerging economies, it has its fits and starts. That’s why owning a solid bank is a good way to get some exposure without taking on too much risk. And that’s where IBN fits in.

IBN is one of only three privately held major Indian banks and it is growing like a tech company. What’s more, it’s also selling Prudential insurance in India through a majority-owned subsidiary ICICI Pru, a new product with huge potential. And insurance also has healthy margins.

With the U.S. and Chinese economies doing well, it’s a good signal that India will continue to prosper and develop. IBN stock is up more than 30% in the past year and has plenty of headroom left.

First BanCorp (NYSE:FBP) is a Puerto Rico-based bank that also has operations in the Caribbean and in the U.S. It’s on fire.

Given the massive devastation of the island from the recent hurricane, I mean that in a good way. FBP stock is up nearly 30% year-to-date and more than 50% in the past 12 months.

Much of this is due to the rebuilding efforts that are going on in the region now. It takes a while after a major natural disaster for funding to show up and start getting disbursed.

FBP is now in the middle of rebuilding the island and the various other islands where it has operations. And given its status of a territory of the U.S., native Puerto Ricans live in the U.S. and send money back to family there. This is also strengthening the economy of the island.

While fixing the island will happen over a long period of time, at some point it will end, but expanding new opportunities will present themselves and FBP will be on the front line. And it will have a strong balance sheet to help.

Infosys Ltd ADR (NYSE:INFY) is a global technology, outsourcing and consulting firm that offers an array of services to some of the largest businesses in the world. It’s headquartered in Bangalore, India and has been around for more than 35 years.

With a $46 billion market cap, this is an established company that continues to grow, taking advantage of expanding economies around the world. And where economies are tight, they also look to INFY to help grow their productivity by outsourcing operations that are being solved efficiently in companies’ current operations.

INFY has a respectable 2.9% dividend and is up 10% year-to-date and nearly 20% in the past year. Its last quarter’s earnings beat expectations by a comfortable margin but it warned that this year may not be as strong. But there are plenty of companies that have pointed this out; it’s not a shock. However, it has meant that the stock has lost some ground and is at a good price.

Telefonaktiebolaget LM Ericsson(NASDAQ:ERIC) is in the 5G wars right now.

As a leading global telecom company, it is stuck between the leading 5G telecom player in the world — China’s Huawei — and the U.S. government. The U.S. is concerned that Huawei equipment may contain surveillance equipment to tap into telecommunications used over the network and has told allies that the U.S. will not allow aid money to be used to buy Huawei equipment or support a 5G network using its equipment.

And while that may seem like a great thing for ERIC — based in Sweden — the problem is, China isn’t interested in making it easy for ERIC to muscle in on its 5G dominance. The U.S. doesn’t have a native company that can scale up 5G, so there’s an uneasy stalemate among the players.

But regardless of how it shakes out, ERIC is still a major global player. And as networks upgrade and expand, ERIC will be a significant source of the work.

The stock is up 11% YTD and more than 30% in the past year. It may be a little bouncy for a while, but as long as the global economy keeps chugging along, ERIC will be in growth mode.

Cousins Properties Inc (NYSE:CUZ) is a commercial real estate investment trust (REIT) that has been around since 1958. Essentially, it owns and operates commercial buildings in some of the hottest regions of the Southwest, South and Mid Atlantic.

Having been launched and headquartered in Atlanta, Georgia, it is one city where CUZ has significant holdings. Atlanta is one of the fastest growing cities in the U.S. and that growth is continuing.

Second is a tax advantage that was written into law in 2018 that allows new tax advantages for REITs and their investors.

Plus, the real estate market has been dormant for a while now, so this revival has been a long time coming.

Also, late last month, CUZ merged with Tier REIT (NYSE:TIER) adding another 50% to its market cap as well as a successful group of properties in many of the same markets.

Cleveland-Cliffs Inc (NYSE:CLF) has been around for more than 170 years. It was around 15 years before the Civil War started. That is durability.

Part of the reason it has endured is the fact that it does one thing: It makes iron ore pellets from mines and factories in Michigan and Minnesota for the U.S. steel industry.

This year started strongly on two fronts. First, one of its main competitors, Brazil-based Vale SA (NYSE:VALE) had to cut production when a dam broke at a mining operation in Brazil causing an incredible amount of damage.

Second, the strength of the U.S. economy has meant more demand for steel.

This is why CLF is up 27% YTD and 34% in the past year. And even after this price run, CLF stock is still delivering a 2% dividend.

CLF is a small company — about a $2 billion market cap — but it is a focused company that has seen a lot more economic challenges than most other firms in its sector. It may not be flashy, but it’s hot now and will continue to provide for shareholders.

Vereit Inc (NYSE:VER) owns and manages single tenant commercial properties in the US.

That means it owns properties that one business occupies, which makes it much more manageable for the REIT. Plus many of its customers are national chains, so it is has a close relationship with major retailers and restaurants.

As the U.S. economy continues to expand and consumers continue to spend, this all bodes well for VER.

Up 16% YTD and delivering a whopping 6.7% dividend, this is a great REIT at a great price and at a great time.

Louis Navellier is a renowned growth investor. He is the editor of four investing newsletters: Growth Investor, Breakthrough Stocks, Accelerated Profits and Platinum Growth. His most popular service, Growth Investor, has a track record of beating the market 3:1 over the last 14 years. He uses a combination of quantitative and fundamental analysis to identify market-beating stocks. Mr. Navellier has made his proven formula accessible to investors via his free, online stock rating tool, PortfolioGrader.com. Louis Navellier may hold some of the aforementioned securities in one or more of his newsletters.